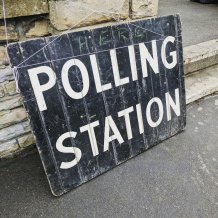 Struggling to choose between Liz or Rishi? New website will help you make your pick

Voters struggling to understand what the Tory leader contest between Rishi Sunak and Liz Truss means for them can get help from a new website.

The online tool – “Who is Your Leader?” - allows people to see which leaders share the same values and policies as them. As well as showing where the two Conservative Party leader contenders stand close to them politically people can compare their views to the stance of other major leaders such as Margaret Thatcher and Tony Blair, as well as Labour Party leader Sir Kier Starmer.

Although only Conservative Party members are voting to decide who becomes the next Prime Minister anyone can use the tool.

Those filling in a survey on the website get a result in the form of a political map placing them right or left, depending on their views, with other party leaders plotted so people can see how close they are.

The tool was produced by a team including University of Exeter academics as part of the Volkswagen funded PRECEDE and is similar to the party meters used in Netherlands and Hungarian elections, which have collected the views of over 2.8 million voters.

Professor Susan Banducci, from the University of Exeter, who led the project to develop the website, said: “We hope Who is Your Leader?” will be a useful tool as people vote in the Conservative Party leader election. Even though there have been hustings around the country for this election it can be hard to compare your personal views to those of politicians and having a physical representation can help aid decision-making.

“We are also aware only a small proportion of the electorate are involved in choosing the new Prime Minister, but many more people are following the contest. By using the tool people can also aid our ongoing research into the connection between voters and political parties and the shifting political landscape.”

The tool asks people about their views on how connected politicians need to be to voters, their trust in politicians and their opinions on people with completely political views.

It also asks their views on policies such as immigration, the role of the state, government spending and taxes, renewable energy, laws which protect workers and the environment.