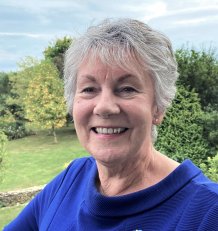 University of Exeter expert elected to the Royal Academy of Engineering

Professor Ruth Allen has been elected a Fellow of the Royal Academy of Engineering - the highest honour available for a UK engineer, it has been announced.

A Chartered Civil Engineer, Professor Allen has more than 40 years’ experience in the provision of management and technical consultancy to water, energy and transport organisations world-wide. Previous roles include CEO and Founder of RSKW, CEO of Ewan Group, a Director of Mouchel Utilities and a Director of WRc.

Professor Allen is acknowledged as a UK and international authority on asset and infrastructure management and is recognised for her pioneering contributions to these fields, alongside her passionate and groundbreaking work supporting young people in engineering.

As a technical expert, consultant, entrepreneur and managing director, she has developed and grown internationally recognised asset and infrastructure management consultancy companies providing new and innovative solutions to the water, energy, roads and rail sectors in the UK and around the world. She has established and developed highly successful companies working in both applied research and development as well as consultancy practices.

Professor Allen is a past National Chair and Honorary Life Member of The Pipeline Industries Guild and currently President of the Institute of Water SW Region. She also works as a Non-Executive Director, Board advisor and Mentor to companies developing in the asset management field.

Professor Allen said: “I am thrilled and honoured to have been elected as a Fellow of the Royal Academy of Engineering. It is the highest honour that can be bestowed on an engineer in this country and, as such, acknowledges the fundamental importance of robust, informed and innovative management of our infrastructure.

Professor Allen joins around 1500 other Fellows at the Academy, with new members elected annually to join the Fellowship in recognition of their outstanding contributions to engineering.

This year’s new Fellows are the first to reflect the Academy’s Fellowship Fit for the Future initiative announced in July 2020, to drive more nominations of outstanding engineers from underrepresented groups ahead of its 50th anniversary in 2026.

This initiative will see the Academy strive for increased representation from women, disabled and LGBTQ+ engineers, those from minority ethnic backgrounds, non-traditional education pathways and emerging industries, and those who have achieved excellence at an earlier career stage than normal.

These new Fellows will be admitted to the Academy, which comprises nearly 1,700 distinguished engineers, at its AGM on 22 September.

Sir Jim McDonald FREng FRSE, President of the Royal Academy of Engineering, says: “Our Fellows represent the best of the best in the engineering world, and we welcome these 69 excellent and talented professionals to our community of businesspeople, entrepreneurs, innovators and academics.