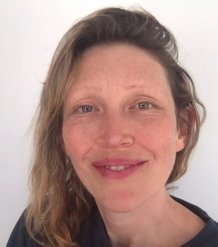 Exeter professor named among most influential women in psychedelics

University of Exeter Professor Celia Morgan has been named as one of the 16 most influential women shaping the future of psychedelics, by global news publication Insider.

The Professor of Psychopharmacology leas a pioneering research programme on the benefits and side effects of recreational drugs. Most recently, she published the results of a phase II trial on the benefits of ketamine therapy combined with psychotherapy to people with alcohol use disorder.

Professor Morgan said: “I’m greatly honoured to be showcased amongst these incredible women shaping the future of psychedelics and look forward to all that we can accomplish together to help the millions of people that are suffering from various mental illnesses and behavioural disorders.”

Published in the American Journal of Psychiatry, the Ketamine for Reduction of Alcohol Relapse (KARE) trial found that ketamine-assisted therapy resulted in total abstinence in 162 of 180 days in the following six month period, achieving an increase in abstinence from around two per cent prior to the trial to 86 per cent six-months post trial.

Professor Joanne Smith, Head of Psychology at the University of Exeter, said: “Congratulations to Celia, whose recognition in this list of international influencers is very well deserved. She has an outstanding reputation for pioneering and high-quality research in a field that is showing promise in developing therapies for conditions that are extremely hard to treat.”