Understanding the history of popular culture 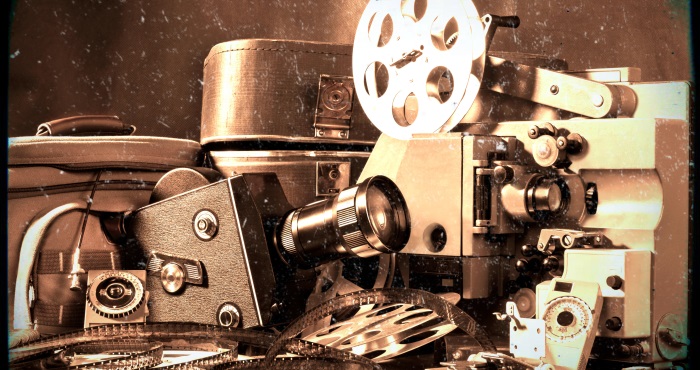 Research by University of Exeter academics has increased the public’s participation in, and appreciation of, the history and pre-history of cinema. Much of this has been achieved by collaborative projects with the University’s Bill Douglas Cinema Museum, a free-entry museum located on the Streatham Campus, Exeter.

The Bill Douglas Cinema Museum has a large collection (65,000 items) of international stature and a number of digitisation projects to improve accessibility to the collection have presented as well as preserved cultural heritage, engaged different public groups in literary and cultural heritage, and contributed to economic prosperity via the creative sector.

Professor John Plunkett, Drs Helen Hanson, Joe Kember, Robert Mack, and Dan North have made a collective, cumulative and distinct contribution to scholarship on the history of the moving-image. Over a sustained period they have been involved in collaborative research projects both with each other and the Bill Douglas Cinema Museum.

The most substantial impact of their research has been to use digital technology to preserve and disseminate moving-image history to a large virtual, international audience. Items digitised through ADAM (Applying Digital Artefacts from a Museum) and CHARTER (Creating Heritage Artefacts for Research and Teaching in an E-Repository) were chosen; with the pioneering e-heritage features being developed in conjunction with Dr Helen Hanson, aiding user-accessibility.

The virtual impact of the Bill Douglas Cinema Museum is augmented by its programme of on-site activities, which facilitates connections between the academy and regional community, and increases public access to the collection through temporary exhibitions, organised tours and events such as family fun days.

The research also underpinned the museums production of a Visitor Education pack for teachers, demonstrating how museum activities can be used to teach the national curriculum. It was distributed to all schools in Exeter, and is freely available via the Museum’s website.

In 2009 the Museum was given Accreditation status by the Museums, Libraries and Archives Council as a mark of its ‘commitment to managing collections effectively for the enjoyment of our communities’.

In addition to the collaborative work with the Bill Douglas Cinema Museum, Dr Robert Mack’s Oxford University Press edition of the original Sweeny Todd story is another aspect of the University of Exeter’s work in preserving and presenting cultural heritage, to encourage public appreciation of the links between Victorian popular culture and the contemporary film.

Coinciding with the release of Tim Burton’s Sweeny Todd: The Demon Barber of Fleet Street (2007), the importance of this OUP edition in providing historical context for the film was proclaimed by the Los Angeles Times, among other media outlets. This included numerous media appearances such as BBC2’s ‘Newsnight Review’, Radio 4’s ‘Open Book’, and BBC London’s ‘The Robert Elms Show’. Major coverage included feature pieces in the Daily Express, The Big Issue, The Big Issue Scotland, Guardian Review: Arts, and Guardian Unlimited, as well as week-long ‘blogger’ postings on the OUP website and the website for Powell’s Bookstore, a major American retailer.