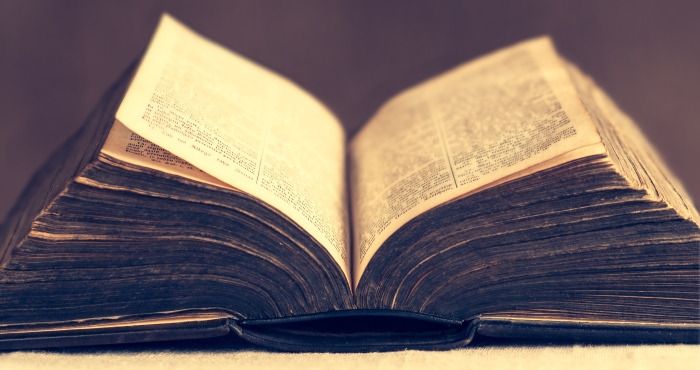 Certain figures and stories from the Hebrew Bible – such as Abraham or King David, or the story of the Garden of Eden – are familiar to most people, yet their historical and cultural contexts are still being explored and only just beginning to enter public consciousness.

Biblical history, too easily dismissed as marginal in a secular age, remains highly pertinent to modern convictions and conflicts, as these biblical stories are central to both the Jewish and Christian faiths, and highly relevant to present-day territorial disputes in the region popularly known as the Holy Land.

Research carried out at the University of Exeter into the ancient religious traditions reflected in biblical texts has been at the centre of two high-profile, prime-time TV documentary series on Channel 4 (The Bible: A History) and BBC 2 (Bible's Buried Secrets).

Professor Francesca Stavrakopoulou wrote and presented the BBC2 series. She advised on the Channel 4 series, also appearing in two episodes. This brought the research and discussion to a wide audience.

They greatly extended public understanding of the evidence concerning foundational aspects of the Jewish and Christian faiths. Each episode was seen by over 1.5 million viewers, and they became the subject of intense public debate, generating much discussion and response in both national and international media. Professor Stavrakopoulou, dubbed “the BBC’s new face of religion” by the Telegraph, also presented her research in a number of other broadcasts and public events.

The programmes have since been posted on YouTube, attracting audiences from the UK, the USA, Canada, Russia, Ukraine, Kazakhstan, Singapore and the Solomon Islands, with the most popular extracts achieving over 488,000 views and 3,800 comments. They have also been franchised to BBC Worldwide, and broadcast in countries including Sweden and Australia.

Professor Stavrakopoulou’s research into biblical portrayals of history and religious practices has included investigations into aspects of ancient Israelite and Judahite religion and culture that are of great significance for modern religious claims and convictions. In 2007 she was awarded British Academy grant funding to support her work on a monograph exploring ancestral claims to territory and land-ownership, a topic highly pertinent to continuing land disputes in Israel/Palestine.

The monograph, which sold out of its first printing within two months of publication, showed how an essential element of territorial ideologies plays on the belief in the post-mortem existence of the dead, including renowned figures such as Abraham, Moses and David, and highlighted the close correlation of ancestor veneration and biblical land claims.

Her research has also been used to inform international policy and legal decisions. A document produced by the Supreme Court of the United States in relation to the high-profile case of the picketing of funerals of US soldiers by members of the fundamentalist Westboro Baptist Church cites as evidence her 2010 publication on corpse abuse. This publication discusses examples from biblical texts of the dead being “subjected to anti-ideal treatments”, and is included in the legal document to contextualise the Westboro Baptist Church’s biblically-based hostility towards the veneration of corpses.