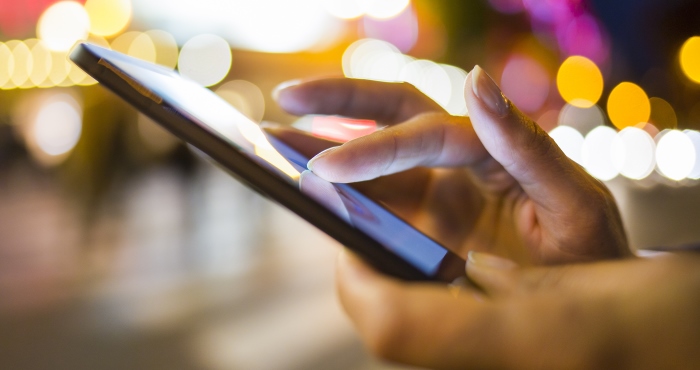 Partnerships with Tate and RAMM have led to new mobile apps. Image courtesy of Shutterstock.

In 2004 Professors Gabriella Giannachi and Nick Kaye set up the University of Exeter’s Centre for Intermedia and Creative Technology, which promoted advanced interdisciplinary research in performance and the arts. Their work on documentation, archiving and replay is relevant to scholars in the humanities and Computer Science, as well as artists, technologists, and museums.

Over time they have enhanced their research strength collaborating with colleagues in film, visual technology, and performance, creating a research cluster that places the University of Exeter at the forefront of new developments in digital humanities. Helping professionals and organisations adapt to changing cultural values, preserving, conserving and presenting cultural heritage, and generating new ways of thinking that influence creative practice.

Between 2004 and 2011 Professors Gabriella Giannachi and Nick Kaye used a wiki hosted by project-partner Stanford University and the virtual world Second Life to develop fourteen original documentations which directly involved artists and technologists in capturing and documenting the project’s research and development.

This provided insight into the user experience and the research findings were published in the catalogue of an international exhibition dedicated to audiences. Subsequent experimentation with novel methods and tools, including motion capture and psychological data, led to the theorisation of how performance, new media and computer science methodologies can be brought together to create new forms of documentation, archiving, sharing and replay.

The ‘Performing Presence’ online research facility was designed to disseminate the team’s research to the general public. It had a wide reach, receiving 625,000 hits in 2010 alone. The documentation of the artwork Life Squared (2006 to 2009) led to a series of conversations that led the technologist who developed it to create a virtual world, Sirikata, and then found the company Katalabs. The company is aimed at creating virtual worlds that can be embedded in websites and accessed through browsers with Web Graphics Library (WebGL).

The dissemination of Professor Giannachi’s Research Councils UK-funded research also led to a partnership with Tate to develop ‘ArtMaps’, a mobile application allowing users to link artworks to specific locations through geotagging and annotate their experience through social media. It makes more than 68,000 artworks by Tate available through a web app to mobile users, and was described by a user as something which ‘takes art to people who wouldn’t necessarily access it, and it broadens other peoples horizons’.

Another award from the Arts and Humanities Research Council’s REACT knowledge exchange hub led to a collaborative project with the Royal Albert Museum and Gallery (RAMM), Exeter, researching playful engagement with the RAMM’s Dartmoor heritage collections through the creation of a mobile web app. The web app was designed to encourage annotations by users to contribute to the Museum’s knowledge about its collections, and connect those collections to their original locations.

Professor Nick Kaye’s research into the theory and practice of documentation for multimedia and installation practices led to his invitation to act as consultant to the Israel Museum, Jerusalem, for the selection, installation, and curation of the permanent exhibition of artists’ film, video and performance documentation in the newly built 20th century wing. Opening in 2010, it received around 400,000 visitors in its first year. In 2013, he also co-curated a major exhibition for Arnolfini Bristol, Version Control, which received 32,507 visitors between February and April 2013.