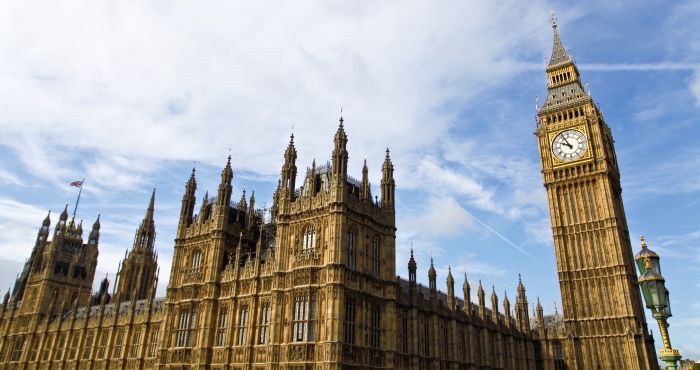 The House of Commons is just one location where Dr Ashour has spoken on deradicalisation. Image courtesy of Shutterstock.

The rise in Islamist armed activism has led to de-radicalisation being seen as a major means of preventing terrorism, alongside classic security and counter-terrorism tactics.

Dr Omar Ashour is a leading expert on de-radicalisation and advises governments, intergovernmental organisations and NGOs about transitions from armed to unarmed activism. His extensive media involvement has raised the level of public debate and public understanding about the Middle East both within the UK and internationally.

In 2009, Dr Ashour spoke at consultation events organised by the UK Foreign and Commonwealth Office (FCO) and attended by members of the Cabinet, the Home Office and the Department for International Development (DfID). He participated in consultation events with the Ditchley Foundation, the Dutch Ministry of Foreign Affairs and the International Association for the Chiefs of Police, and was invited by the RAND Corporation and Carnegie Endowment to contribute to consultations with the US government.

The policy manuscript De-Radicalising Islamist Extremists, published by RAND, stated that: “The only major work on the subject (of collective de-radicalisation) is Dr Ashour’s The De-Radicalisation of Jihadists,” and cites Dr Ashour 30 times.

He was also cited in the 2010 US Counter-terrorism White Paper Protecting the Homeland from Domestic and International Terrorism Threats.

As the Arab world began to experience major political transitions in 2011, Dr Ashour was consistently consulted by governments, intergovernmental organisations and NGOs. His research was described by the UN Economic and Social Commission for Western Asia (ESCWA) as: "Extremely important in tailoring realistic and context-driven security sector reform recommendations… [it serves] to increase the debate among security sector practitioners in the region and press upon Arab governments the need for reform.”

He was a panellist on three separate occasions at events at the House of Commons, for the Committee for Democratic Libya, for the Council for Arab-British Understanding, and for the Henry Jackson Society. These were attended by MPs, the media, and NGOs including Amnesty International, Human Rights Watch, and Médecins Sans Frontières.

Dr Ashour was invited by the UN Interregional Crime and Justice Research Institute (UNICRI) to present to British, European, American and Canadian senior security officials. He advised the FCO on countering violent extremism and security sector reform in North Africa and the Middle East. The FCO cited Dr Ashour’s contribution as bringing 'immense insight' to work in the region, and his work was described as 'vital as we consider how the situation might develop'.

Dr Ashour lectures at the Joint Services Command and Staff College and the Royal College of Defence Studies to military officers from more than 30 countries. He was also invited to present his research findings in a roundtable discussion with Home Secretary Theresa May.

The FCO summarised Dr Ashour’s interactions with policy-makers as: “An excellent example of how long-term academic research and a sustained investment in a relationship between governmental policymakers and academics can reap benefits in a fluid and changing situation such as that of the ‘Arab Spring’.”

Dr Ashour has also made a significant contribution to public understanding of and debate about the region and its politics through his media engagement. He was interviewed more than 400 times between 2011 and 2013 by media outlets both in the UK and abroad, including BBC News, Channel 4 News, CNN, Al-Jazeera (both English and Arabic) and France 24.

His expert contribution was described by the Al-Jazeera network as: “Highly valued both by our organisation and the audience.” They also said his analysis of the evolving situation in the Middle East: “Widely contributed to educate our global audience.”

Dr Ashour also appeared in the Doha Debates, broadcast by BBC World News to a potential global audience of more than 350 million, contributing to a discussion about Libya.