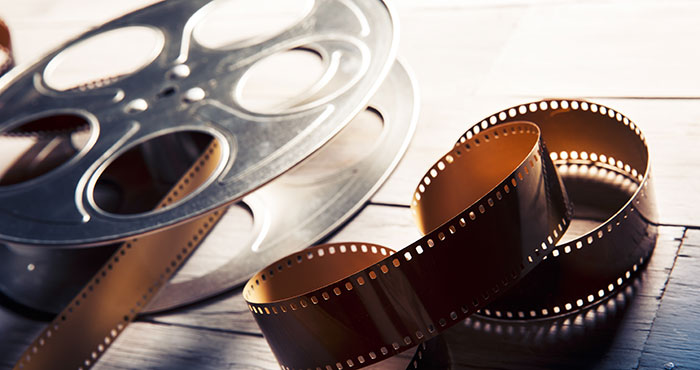 European cinema has been a cultural space in which filmmakers have explored key contemporary socio-political issues. Image courtesy of Shutterstock.

To UK audiences, the term ‘European Cinema’ might be associated with elitist, intellectual art cinema with little popular appeal or interest to a crossover audience.

In fact, as the popular success in this country in the past 20 years of directors such as Jean-Pierre Jeunet, Alejandro Amenábar, Agnès Jaoui, Mathieu Kassovitz and Tom Tykwer, as well as stars such as Javier Bardem, Juliette Binoche and Audrey Tatou shows, European cinema’s cultural and economic reach is actually much wider.

European cinema has also always been a cultural space in which filmmakers have explored, and audiences have engaged with, key contemporary socio-political issues. Reflecting this diversity, the interdisciplinary research conducted by film specialists at the University of Exeter has led to impact beyond academia, covering a wide range of both popular and art cinema in Europe from the 1920s to the present day, and drawing on a range of historical, sociological, industrial, and cultural approaches to these films and filmmakers.

This research can be divided into three areas: the place of the audience in European cinema, particularly how public discourses around films are shaped and consumed by audiences; studies of popular European cinema (genres and stars); and a consideration of films as vehicles for articulating and challenging exclusion and inequality (especially in relation to questions of gender and ethnicity).

In collaboration with colleagues at Bristol and Oxford Brookes, Professor Danielle Hipkins analysed 20 interviews commissioned by the group on memories of cinema-going in Italy in the 1940s and 50s, which have been archived online at Memoro, a non-profit organisation dedicated to the collation of oral history in Europe. Since its launch in 2008, the site has received over 11 million page views.

The project group has recently analysed over 1,000 questionnaires and is in the process of conducting a further 160 interviews with people over 65 around Italy in order to develop a fuller picture of Italian audiences of the period.

The research produced by the University of Exeter’s film specialists has also informed and influenced the teaching of European Cinema and film theory at both secondary (A/AS) and Higher Education (HE) level. Professor Susan Hayward’s book Cinema Studies: The Key Concepts, now in its fourth edition, has sold 600,000 copies to date. As the sales figures indicate, the book has become an essential reference text for film studies students at both A-level and HE.

In 2012 Professor Will Higbee co-founded the Exeter Screen Talks, a partnership between film specialists in the College of Humanities at the University of Exeter, and the national chain Picturehouse Cinemas. Working in collaboration with the Picturehouse’s national programmer and the manager of the cinema in Exeter, film specialists from the College design a programme of fortnightly screenings, deliver instructions to each film, and host a discussion with members of the public after the screenings.

Professors Will Higbee, Sally Faulkner and Danielle Hipkins, and Dr Fiona Handyside have delivered six introductions between September 2012 and June 2013 as part of the ‘Hidden Classics of European Cinema’ strand of the Exeter Screen Talks, attracting a total of 210 spectators. The project also has impact beyond the region, particularly through the use of social media (Facebook and Twitter) as well as a blog entry written by the academic giving the talk that is published online at least two weeks before the screening, and remains on the blog as an archive of each talk.

Dr Handyside and Professor Hipkins have also begun work on the reception of cinema about girlhood in a global context. Collaborating with Dr Alexandra Allan (School of Education, Exeter) and Dr Aparna Sharma (UCLA), they are working with schools in LA and Exeter to expand the canon of films to which girls are normally exposed, and to enhance their understanding of the filmmaking process. Their research aims to explore further the ways in which girls consume film, and to develop a pedagogical toolkit for teachers that will address media literacy.