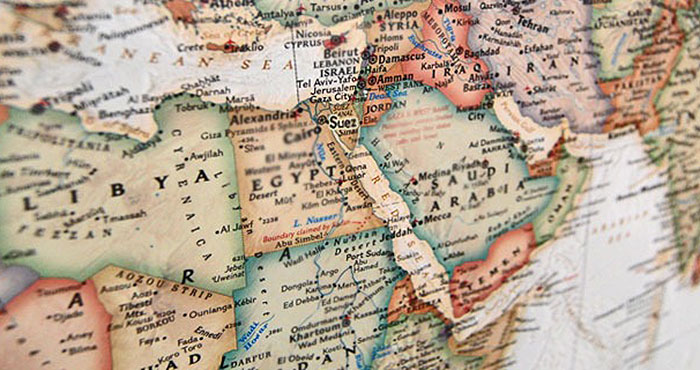 Professor Gareth Stansfield's work has been cited by the UK Government.

Following the US-led occupation of Iraq in 2003, research by Professor Gareth Stansfield into conflict management, political mobilisation, and the rebuilding of the Iraqi state has informed UK government and international policy.

Professor Stansfield’s initial research focused on the rise of communal politics in Iraq, and possible mechanisms by which they could be managed in a post-conflict setting, as well as considering the impact of Coalition policies (such as the ‘surge’ strategy) upon the stability of the post-conflict environment.

This work contributed significantly to public awareness and policy debate on managing the situation through federal and power-sharing arrangements. It was cited by the House of Commons Select Committee on Foreign Affairs, presented through a Chatham House briefing paper, and discussed with senior UK military and Ministry of Defence officials.

Professor Stansfield provided analysis and advice directly to the Director of Intelligence at the Permanent Joint Headquarters (PJHQ), and was invited to give evidence at the Iraq Inquiry in 2009. Professor Stansfield has also been asked to join several ad hoc working groups tasked with advising on the interaction of the UK with nascent Syrian opposition groups.

Professor Stansfield’s research into conflict management in Iraq’s disputed territories has helped steer the activities of the United Nations mission tasked with facilitating negotiations between the Iraqi central government and the Kurdistan Regional Government (KRG).

The Foreign Office recommended him as a Senior Political Adviser to the UN’s Special Representative of the Secretary General (SRSG) in Iraq – a position he held throughout 2008. During this time, he was tasked by the SRSG to discuss possible strategies with the Kurdish leadership.

He has also advised the senior management of Shell on the politics of Kirkuk, has chaired US Government events on this subject, and briefed research analysts and ambassadors-designate of the FCO regularly. His book Iraq has been recommended as essential reading to FCO staff beginning their work on Iraq, and as an ideal way of introducing them to a complex country in a detached, dispassionate fashion.

Professor Stansfield’s research on political mobilisation and civil war dynamics in Iraq has been used by the UK Border Agency to inform guidelines for asylum/human rights determination processes, with a report he authored being used as an example of best practice.

In 2010, his research pointing to the similarities between the situation in Iraq after the fall of Saddam Hussein and in Libya was cited in a House of Commons research paper ‘The Arab uprising’.

His work on counter-insurgency saw him invited to be a member of a team informing the Chief of Defence Staff on strategic options in Libya. And, in 2011, regarding the Arab Kurd dispute, his research was cited in a report by RAND National Defence Research Institute commissioned by United States Forces ‘Iraq’ and aimed at informing US policy makers on preparations for the withdrawal of US troops from Iraq.

In spring 2013 he briefed the Defence Select Committee on the subject of Iraq, Syria, and sectarianism.