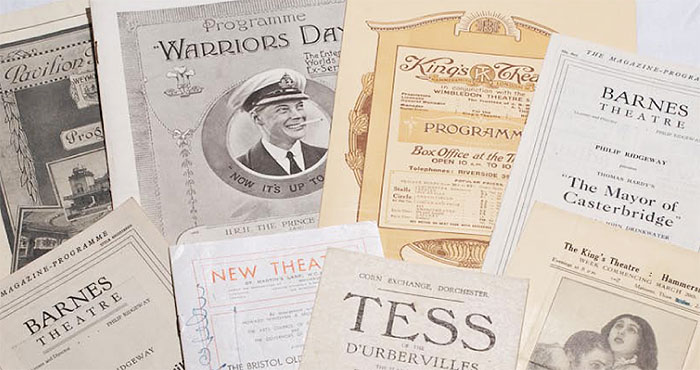 Much of their research is archival and has reached audiences via publications, conferences, concerts, festivals, lectures, blogs, exhibitions, and the commissioning of public monuments. The main impacts of their research have been to: preserve, conserve and present literary and cultural heritage; engage different publics in literary and cultural heritage; and develop stimuli to tourism.

In 2008, the Chairman of Devon and Cornwall Business Council estimated that the West Country’s literary heritage had brought £2 million to the region from 2003 to 2008, citing the region’s connections with writers such as Daphne du Maurier, and the work of the University of Exeter.

One instance of this contribution of SWW to literary tourism is the annual Literary Festival at Fowey, Cornwall. This is a regional engagement activity which has acquired a national reputation. One of the aims of the Festival is to increase public engagement with the work of du Maurier, who lived in Fowey.

Professor Helen Taylor has played an advisory and managerial role in this festival since its inception in 1997 and is currently co-programmer. University of Exeter’s English staff have consequently played a key role in bringing academic strength to the programme: the 2011 Festival, for example, sold 12,000 tickets, of which events given or chaired by English staff accounted for 798.

Professor Tim Kendall has collaborated with Gloucestershire County Archives to preserve and disseminate a neglected part of English literary heritage and to create an enriched public awareness of the work of a major English poet and composer. The world premiere of Gurney’s A Gloucestershire Rhapsody at the Three Choirs Festival in Gloucester in 2010 led to its broadcast for the first time on BBC Radio 3 on 6 December 2012; Gurney was ‘Composer of the Week’ on BBC Radio 3 in June 2014.

As a direct result of his work on Gurney, Professor Tim Kendall was commissioned to write and present a one-hour documentary on ‘Ivor Gurney: the Poet Who Loved the War’, which was screened on BBC4 in 2014 as part of the BBC’s commemoration of the centenary of the First World War.

Professor Angelique Richardson played a key role in the campaign to keep the papers of the Thomas Hardy Players; the Dorchester theatrical group with whom Hardy was associated and who staged adaptations of his novels; in Dorset by explaining to the public the significance of keeping the archive in the South West for Hardy scholarship. As a result she was widely interviewed about the campaign, including on BBC Breakfast News, and was involved in fundraising events such as a public performance at the Dorset County Museum, which featured the last remaining member of the original Hardy Players, cast by Hardy himself in a performance in 1924.