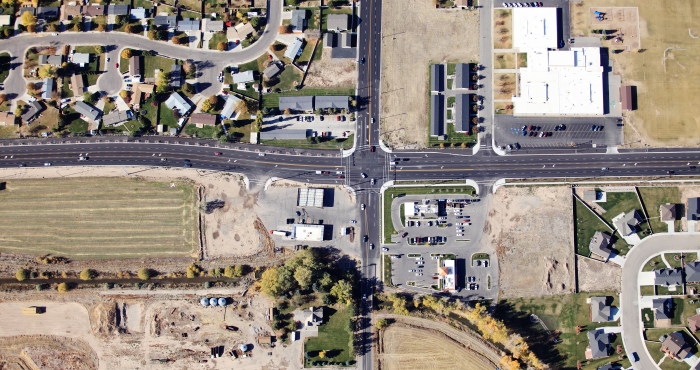 This work has influenced urban planning. Image courtesy of Shutterstock.

The planning of urban environments entails a range of technical and physical skills, but it also requires informed and critical reflection on the values and ethics that such environments should embody.

Professor Tim Gorringe’s research examines issues in urban planning from a theological and ethical perspective. It places moral, spiritual and aesthetic values alongside economic and physical considerations at the heart of the planning process, and provides analyses of movements seeking environmental and social change.

It is the challenge of thinking theologically and ethically about the form of the city that is addressed in this research, which has taken place within the context of a wider departmental focus on the engagement of theology with issues of public and ethical concern. This focus includes the study of not only urban planning but also subjects including farming, human rights, criminal justice, and environmental ethics.

His work has had an international impact influencing the work of urban planners and shaping public education about the urban environment, especially in regard to ethical, spiritual and environmental considerations.

The research he led into the role of values in major social change has contributed to a Church engagement with the Transition Town Network, prompting thought among church communities and other public organisations about responsible attitudes towards climate change. In 2009 he was invited to present his research as a keynote speaker at the Christian Ecology Link annual conference, the theme of which was the Transition Network, and, at the 2010 conference of the National Justice and Peace Network, he led workshops on Transition Towns and the future of food.

A report on his research also featured on the Transition Town Totnes website, and his research has influenced the development of Transition-inspired initiatives in the USA. In 2012 in Minneapolis an adult education course based on his research into theology and the built environment was been devised, and has the aim of raising public awareness of Christian perspectives on urban issues.

The Ash Wednesday Declaration has been signed up to by all the major churches and commits them to action on climate change. The Declaration has also received support from Archbishop Rowan Williams, Archbishop Desmond Tutu, Oecumenical Patriarch Bartholomew, and church groups from Australia, the USA, and continental Europe.

It has since featured widely in both national and international media, including the Telegraph (in an article that has attracted 314 reader comments), the Guardian, the Church Times, the Church of England newspaper, Independent Catholic News, and the National Catholic Reporter (USA).

The Declaration has also been discussed on the websites of Eco-Congregation and the European Christian Environmental Network, as well as in the blog of The Tablet. It has further provided the basis for recent campaigns including, most notably, the attempt to persuade Christian churches to disinvest from fossil fuels, and has had significant impact upon ecclesiastical investment bodies and their decisions.