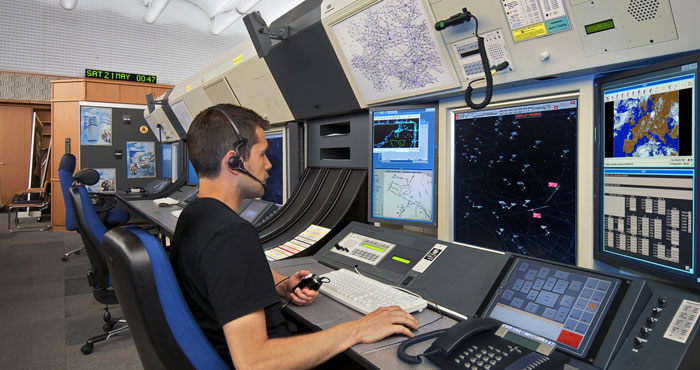 The optimiser created was described by NATS as 'an outstanding improvement to our safety'.

The research was undertaken with Engineering and Physical Sciences Research Council (EPSRC), grant, Critical Systems and Data Driven Technology, which examined how safety critical systems that deal with data can make decisions and derive measures for the confidence that can be placed in those decisions.

Importance of the research

NATS, the UK’s main air traffic provider responsible for providing safe air traffic control for millions of flights each year, recognised the importance of this research by the uptake in 2008-2009 of a Knowledge Transfer Partnership (KTP) with Professor Richard Everson and Dr Jonathon Fieldsend.

With many thousands of aircraft in UK airspace per day and true positive alert rates of only about 70 per cent, it is crucial to extract the optimum performance from STCA systems, which are a component of the NATS 'safety net' ensuring safe air traffic management. As STCA is one of several barriers in the safety net, it is impossible to directly assess the impact of its optimisation in terms of lives saved or crashes averted, but it is worth noting that the Überlingen mid-air crash in 2002 would have been averted if the STCA system had been operational – it was switched off for software maintenance.

The effectiveness of the STCA is achieved by striking the right balance of true alerts to false alarms. Too many false alarms make the tool unusable, distracting and unsafe; too few true positives mean that controllers do not get the warning they need of possible losses of separation between aircraft – this is a delicate balance. Historically the optimisation of the STCA has been based on best engineering judgement about the 1,500 or so parameters, which define its performance. The Exeter research provides an algorithm for automatically locating the optimal trade-off.

The KTP with NATS produced a properly software-engineered suite of tools to perform the optimisation on any STCA system, including the new ESTCA system being introduced in the UK (which has approximately 3,000 parameters and thus presents an even greater challenge to manual tuning) and other STCA systems in Europe. The tools were used by NATS for operational planning and tuning STCA across the UK airspace; this is a continual process in response to changing air-traffic patterns and airspace regulations. The optimiser was used during the period 2007-2010, but due to re-organisation and changes in practise at NATS the optimiser is no longer in current use.

Work jointly written with NATS staff was presented at an international Eurocontrol conference, which is primarily a meeting of representatives of air-traffic control organisations, is responsible for overseeing European air traffic. The joint work generated interest from Europe and the USA both for the operational advantages described but also for the possibility of assessing airspace reconfigurations and comparing airspaces.

Internationally, the optimisation-adaptation capabilities of the optimiser are being explored in Europe through the Single European Sky Air Traffic Management Research (SESAR) programme, where it has 'enhanced NATS’ innovation profile'.

The NATS representative writes in the KTP final report: “This KTP has delivered to NATS an automatic optimiser which is quicker, more rigorous and has shown to provide more optimum configurations (up to 10 per cent better) than judgement alone. It is a tremendous contribution to NATS and to the safety of air traffic services in UK."