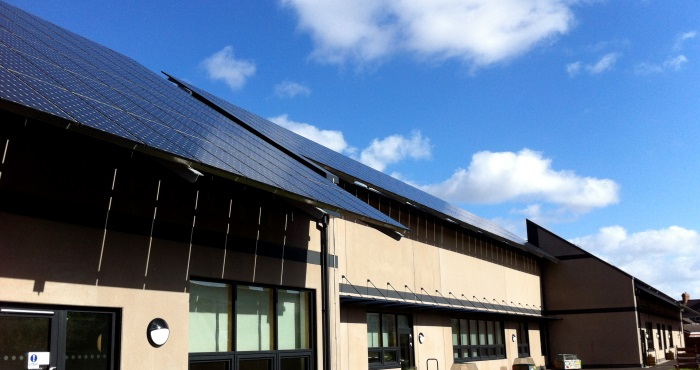 Weather files created at the University of Exeter’s Centre for Energy and the Environment have been used in more than £3billion worth of infrastructure projects.

Buildings such as Great Ormond Street Hospital and the UK’s first zero-carbon school have used the files, which can help test the resilience of buildings to climate change. Leading building simulation software providers including Integrated Environmental Solutions have endorsed the files.

Centre researchers worked on Montgomery Primary School, the first zero-carbon school in the UK. They contributed to design discussions and used modelling to test design options in partnership with Devon County Council and architectural design firm NPS South West. The design process made extensive use of the weather files.

The project won the Chartered Institution of Building Services Engineers (CISBE) Building Performance Award 2014 for the New Build Project of the Year (up to £10 million). It was the first primary school in the UK to achieve zero carbon in use.

Leo Critchlow, Project Officer for Devon County Council, said: “Without the University the Montgomery primary School project would have been a lot harder. We’ve relied on them not only for normal modelling, but a lot more beyond that. It’s a one-off chance and a way of leading the world, which doesn’t come around very often.”

The files were an output of The Use of Probabilistic Climate Change Data to Future-proof Design Decisions in the Building Sector (PROMETHEUS) project. Partners on the project included the Met Office, Jacobs Engineering UK and the Royal Institute of British Architects.

The Engineering and Physical Sciences Research Council supported PROMETHEUS. The project value was £516,000.

IES have made the weather files available on their website.