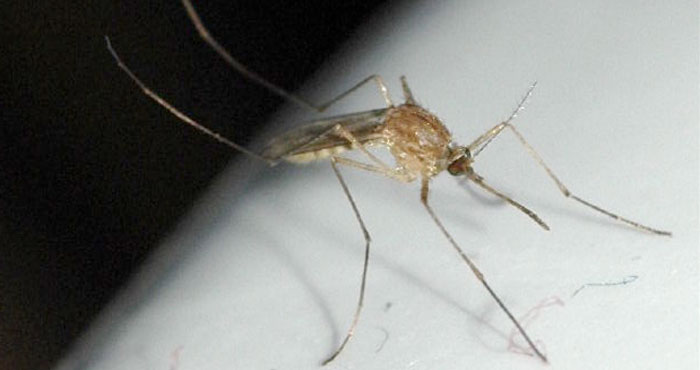 A rapid, reliable and low cost Malaria Diagnosis Sensor suitable for use in remote areas has been developed by University of Exeter researchers, which has the possibility to not only significantly reduce unnecessary treatments but potentially save hundreds of thousands of lives.

Malaria is endemic in more than 100 countries but its rapid and accurate diagnosis in locations remote from clinical laboratory facilities remains challenging yet desperately needed. Diagnosis is currently either carried out symptomatically or by the use of antigen detecting rapid diagnostic test (RDT) sticks, which often yield low detection rates. Consequently in many regions where malaria is endemic there is a tendency to treat patients automatically (and particularly children under five) presenting with fever for malaria. Often this is incorrect and such over-prescribing is one of the major factors driving development of drug resistance in the malarial parasite.

Professor David Newman and his team realised that magneto-optic measurement techniques, developed for the characterisation of various types of functional materials, can be applied to organic molecules in biological systems. Using these principles, research was undertaken into developing malaria diagnostic technology.

After foundational research, carried out by a consortium of seven academics and industrial partners led by Professor Newman and funded by an EC 6th Framework grant, it was confirmed that malaria can be detected using magneto-optic spectroscopy to detect crystals produced when the malaria parasite is present in the body. Further to this it was also realised that this principle can be carried out in a non-invasive format by accessing the blood supply below the fingernail; significantly minimising cross infection risks to heal-workers.

After initial field trials in Kenya in 2008, the prototype was the size of a small filing cabinet but its performance was promising enough to secure prestigious funding from the Bill and Melinda Gates Foundation for its miniaturisation and continued development. The laboratory trials had also proven to be highly successful and promising to the point that the global medical industry recognised the fledgling device as one of the top ten medical devices of 2010.

A radical redesign resulted in a portable hand-held format about the size and weight of a credit card reader. Several such devices have subsequently been manufactured in-house at Exeter. It is estimated that each device could be mass produced for less than $200 with tests costing 25 cents each, much lower than current RDTs.

Devices in this format were field trialled over the summer months of 2012 at the Shokolo Malaria Research Unit (SMRU) in Thailand. The field trial yielded low sensitivity results due to very early stages of infection in the samples tested, indicating that it is essential to further boost instrument sensitivity at the bottom end of its range. Despite this, results clearly indicate that these instruments are the most sensitive of all means of detecting haemozoin and that they will function under conditions where microscopy is completely impractical and RDT’s environmentally compromised.

The technique compared very favourably with other existing and developing diagnostic technologies in UNITAID’s 2014 review of the malaria diagnostic landscape for the World Health Organisation. However it is much more sensitive to some forms of malaria than others and for this reason is much more likely to find first commercialisation in South and Central America than in Africa.

Finally and significantly, it has become clear that the technology is immediately applicable to the diagnosis of other classes of disease and also realisable as a generic multi-spectrum point-of-care device. It is potentially able to sensitively diagnose any disease or condition for which a biomarker and biomarker receptor have been identified and even diagnose several diseases simultaneously from a single fluid sample. A company CMDiagnostics has been spun out to implement this.