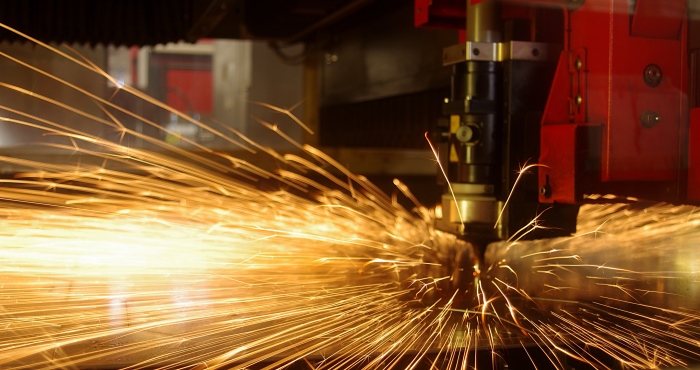 Professor David Zhang’s research into agility strategies and the analysis and optimisation of complex supply chain networks in the manufacturing sector has led to significant economic impact.

For example Barnstable-based SME J+S has achieved a continued improvement of order-winning capability and profitability between 2004 and 2012, through the research, development and implementation of an agility strategy.

A Knowledge Transfer Partnership with J+S (2004 to 2006) started with tailoring of the tools and methods, development of the strategy, and the implementation of the identified tools and techniques in a chosen business area. Professor Zhang has worked with J+S through further collaborative projects in new agility strategies and optimisation with a team of MPhil/PhD researchers until 2008.

Mr Volata, the KTP Associate with J+S, was subsequently employed in 2007 by the company to manage and implement the research in the company’s Aberdeen site. Mr Volata joined Knox D’Arcy in 2008, and later KPMG in 2009 as an operational strategy consultant helping other UK companies to achieve competitiveness. Since 2009, Mr Volata has used the agile methodology developed by Professor Zhang and himself and assisted international and UK companies, including Zurich Financial Services, BP, Heineken UK, Londis, Budgens, Anglo American, Unilever and Thomas Cook.

Professor Zhang has also developed tools and methodologies to analyse complex supply chain configurations. These use problem solving methods such as swarm intelligence, multi-agent and ant-colony optimisation that mimic the behaviour of social insects and which can then be directly applied to manufacturing strategies.

These methods were used to address the problem of supply chain (SC) configuration and safety stock placement for CIFUNSA, one of the largest foundries in the world. CIFUNSA is one of the world’s largest producers of grey iron blocks and heads for automotive giants GM, Ford, Chrysler, as well as Toyota, Nissan, John Deere etc.

Professor Zhang’s research was applied to model CIFUNSA’s highest demand engine block supply chain in 2009. The results were then adopted by CIFUNSA, leading to on-hand inventory reduction of 20 per cent between 2009 and 2011. In the same period, the cost of goods sold (CoGS) was reduced by 10 per cent. The foundry process in this business is very labour-intensive, so a small reduction in CoGS represents a significant enhancement to the company’s earnings.

In 2008, based on his research, Professor Zhang was also invited to help the Beijing General Research Institute for Non-Ferrous Metals (GRINM) develop an agile business strategy. GRINM started in the 1950’s as a Chinese national research institute providing research and development support for the non-ferrous metal industry. Over the last 12 years, GRINM has been transformed from a state-funded research organization to a research and development and manufacturing enterprise operating in the global market. Business agility is an important factor for their success.

The deputy general manager of subsidiary company COMPO visited Professor Zhang at the University of Exeter in 2009, spending eight months learning about manufacturing strategies, systems and management, developing expertise in Professor Zhang’s agile and lean enterprise theory. This led to Zhang visiting GRINM in 2010 to work on a strategy building process and train 82 senior directors and managers. Since then COMPO has grown its revenue by over 50 per cent annually, with a total increase of sales by 400 per cent, and profits by 300 per cent.

GRINM have continued to apply the strategy-building process, assisted from 2012 by an international business strategy consultant, with continuing hands on support through personal visits by Zhang. GRINM estimate that the corporate strategy development along with other factors have helped boost its performance significantly since 2010.