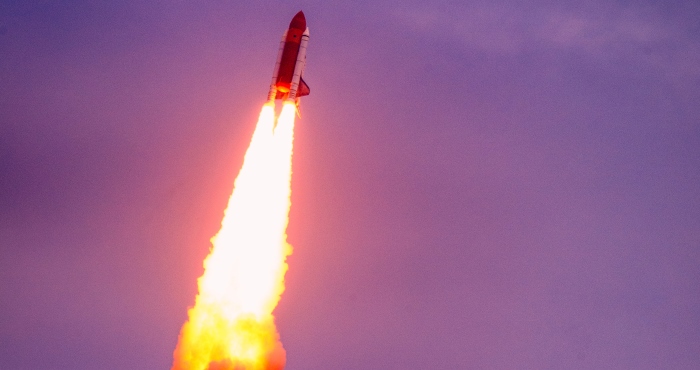 Researchers at the University of Exeter have developed a set of algorithms which is used to certify the safety of increasingly complex and more autonomous Guidance, Navigation and Control (GNC) systems, now widely adopted throughout the European Space industry.

In the current Verification and Validation (V&V) process for mission-critical space control systems, worst-case deviations from the expected system performance due to uncertainties and variations in the system and its environment must be calculated in order to provide confidence that the mission objectives will be met.

The European space industry has to date relied almost completely on Monte Carlo (MC) simulations for the V&V of advanced control systems. In this approach, high-fidelity spacecraft computer simulation models are run repeatedly with their parameters randomly scattered to reflect likely sources of uncertainty. However, MC techniques require a large number of simulations to accurately represent the statistical distributions characterizing variations in performance.

As a result, MC simulations are time consuming and require large computing resources for industrial companies involved in ESA missions, with thousands of simulation runs taking weeks of computing time which directly translates into increased development costs. There is increasing concern throughout the European space industry that the cost of V&V for future more autonomous and complex systems will become prohibitive using current approaches.

Dr Prathyush Menon and his team at Exeter investigated how advanced optimisation algorithms could be used to more efficiently search for worst-case scenarios that violate mission-critical performance specifications. This research has resulted in the creation of the worst-case analysis tool (WCAT), a suite of software incorporating advanced probabilistic and deterministic optimisation methods that allow worst-case deviations from multiple performance objectives over any particular phase of the mission to be computed.

Over the past number of years Dr Menon and his group have, uniquely for a UK-based mathematics research group, worked with almost every major European company in this sector, including Airbus Ltd, Thales/Alenia Space, GMV Space, SCISYS plc, Deimos Space, ELV. As a result of these collaborations, the WCAT software tool has transformed the way that the European space industry performs V&V. Use of the tool by European Space companies is now actively encouraged, and increasingly mandated, by the European Space Agency, through specific requirements written into Statements of Work (SoW).

In collaboration with our industrial partners, the WCAT tool has now been applied on a wide range of different space systems, from flexible telecommunication satellites, Earth Observation Satellites and autonomous rendezvous systems, to rocket launchers and hypersonic re-entry vehicles. These studies have demonstrated the ability of WCAT to deliver more accurate and reliable analysis results (in terms of uncovering true worst-case behaviour of the control system), at significantly lower computational cost, than those produced by current industrial practice. This translates directly into reduced costs for industry via reductions in development timeframes.

For example, the results of the application of the WCAT to an autonomous satellite rendezvous system developed by the Spanish company GMV, where a “chaser” satellite is required to rendezvous with and capture a small canister containing samples from the surface of Mars. While 1,000 Monte Carlo simulations (taking more than a week of computations) uncovered no failure cases, the WCAT found a case for which the chaser failed to capture the canister in only 339 simulations representing a saving of 60 per cent in the cost of this stage of the V&V process.

Based on the demonstrated successes of the WCAT tool, Dr Menon’s group were approached by ESA in 2012 to produce an updated version of the tool. This work, funded directly by ESA via a €60,000 research contract directly with Exeter will leverage recent theoretical work by Dr Menon’s team on polynomial chaos and Gaussian process surrogate modelling and robust safety-margin analysis to produce an enhanced and expanded version of WCAT for application to a number of future ESA missions. Furthermore, with a more recent version of the tool, the degradation of probability associated with specific performance levels can also be determined.

In February 2013, Dr Menon’s group initiated a new collaboration with the Advanced Studies Group at Airbus UK in Stevenage, with the aim of further integrating the WCAT tool into Airbus’ design process for a range of current and future missions. In October 2013, Dr Menon's group was awarded £50,000, by esteemed CREST 2 - UK Space Agency initiative of significant national importance to integrate the optimisation algorithms in the Worst Case Analysis Tool for developing a rapid auto tuning tool for the Generic Rover Dynamics Model framework, which is being commercialised by Airbus Defence and Space Limited.