Improving the quality of electoral administration 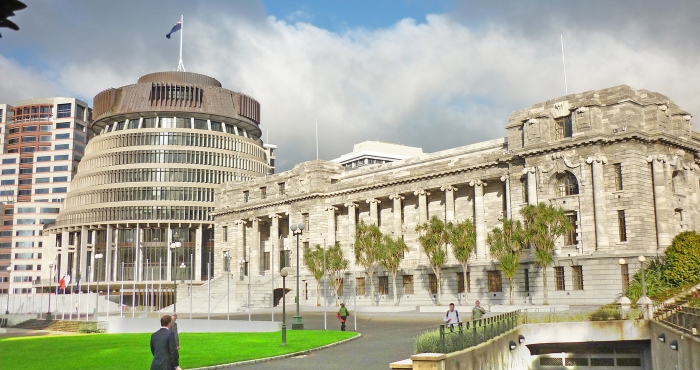 Research by the Centre for Elections, Media and Participation (CEMaP) has helped to improve the quality of electoral administration in New Zealand, as well as enhancing the quality of understanding and debate about electoral systems.

New Zealand changed from a ‘first past the post’ to a ‘mixed member’ proportional system (MMP) in 1996, then held a referendum in 2011 on whether to retain the new system. Professors Jack Vowles and Jeffrey Karp undertook a programme of research about the New Zealand experience of electoral reform that created a substantial body of evidence about the transition to the proportional system and its consequences.

Based on the democratic principles that elections maintain governmental accountability and that elections serve to translate citizen preferences into public policy, the research assessed under which electoral rules and conditions these two principles are best served. The evidence is important to debates both in countries where first past the post systems have been criticised and for new democracies looking for examples of electoral systems from which to learn.

Findings from the research programme studies identified significant problems in the administrative arrangements for national elections. The procedures for recording special votes, where people vote at a polling place outside of their electorate/constituency, were insufficiently robust at the 2008 general election, and many ‘special voters’ had not been recorded on the master rolls as having voted. As a consequence, the New Zealand Electoral Commission: “Reviewed the clarity of [its] instructions in producing the master rolls,” to Returning Officers in the 23 Electoral Offices across the country and: “Put greater emphasis on this area when training Returning Officers,” according to the Chief Electoral Officer. The Commission decided to move toward more centralisation and computerisation of the systems to improve the quality of administration in future elections.

Professor Vowles was part of a group working with the Electoral Commission to improve its strategy, including leading a workshop to inform policy for the 2014 New Zealand election. His research helped the Commission to assess the potential for internet voting. The finding that most people still preferred personal voting supported the Commission’s policy not to introduce a wholesale change immediately but to undertake a trial of online voting scheduled for elections in 2016.

The research found generally positive public attitudes towards MMP but limitations in levels of understanding of the system, and suggested that improved voter education would lend further support. The findings helped inform the Electoral Commission’s education strategy prior to the MMP referendum. The New Zealand Herald reported the: “Quality analysis being contributed to the debate,” by the research and said that: “Professor Jack Vowles nicely demolishes the anti-MMP argument about the supposed lack of accountability under the current system.”

Professors Vowles and Karp’s research was given in evidence to the Justice and Electoral Law Committee and helped confirm the legitimacy of the referendum outcome by showing that voters did make an informed choice.

The research into public attitudes to MMP also informed the recommendations of a major review by the NZ Ministry of Justice in 2012. The findings that nearly half of New Zealanders believed too many parties were represented in the New Zealand Parliament, including a third of people who voted for MMP in the 2011 referendum, provided grounds for the Review Panel to resist arguments that the overall threshold for representation should be lowered or abolished, which would have increased the number of parties in Parliament.