Broadening understanding of entrepreneurship and innovation 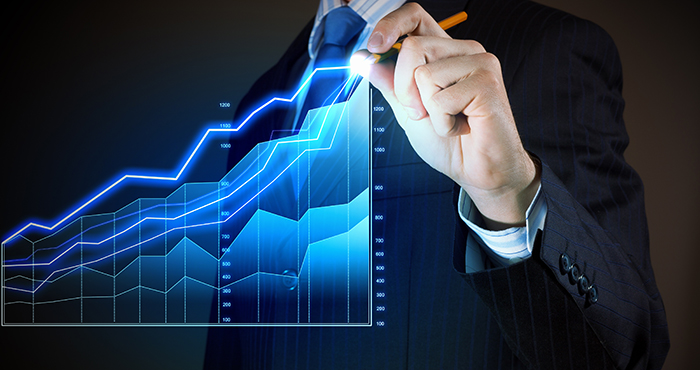 Governments around the world have recognised the profound economic and societal value of encouraging entrepreneurial activities which directly support the continued growth of the national economy in an increasingly competitive world.

In parallel, the academic study of entrepreneurship, closely allied to innovation studies, has attracted a growing body of scholars. Their efforts contribute both intellectual and practical outcomes. The role of entrepreneurial effort in the effective commercialisation of new knowledge from universities and research centres is of critical importance. Entrepreneurship and Innovation are now activities of major policy attention in both developed and developing economies.

Led by Emeritus Professor Gordon Murray, research at the University of Exeter Business School continues to play a significant role in broadening an understanding of entrepreneurship, innovation and new enterprise growth, and how these goals have become crucial to economic policy around the globe.

Effective policy formulation relies on a rigorous understanding of the dynamics and linkages between entrepreneurship and new enterprise growth. This relationship is informed by both a theoretical understanding of entrepreneurial activity and its precursors, as well as a familiarity with the peculiar, political pressures specific to policy formation and execution. Recognising the frequently weak links between research findings and policy actions, Professor Murray’s research has led to involvement in national and international policy formation.

Professor Murray has sought to establish links between senior academic researchers in the entrepreneurship / innovation subject areas and policymaking agencies of government in several countries in and beyond Europe:

In 2014 Professor Murray was invited by the European Union agency, The European Institute of Innovation and Technology, to be an expert assessor of the 2014 round of bids for a new multi-county Knowledge and Innovation Communities (KIC) in the thematic area of raw materials: sustainable exploration, extraction, processing, recycling and substitution - he was one of three academic evaluators in a team which included professors from MIT and The Netherlands. The KIC programme is one of the largest grant schemes operated by the European Commission in the area of new research into science and technology capabilities.

In the same year Professor Murray submitted a chapter on Venture Capital policy for an Australian Small Business White Paper to be published by Deakin University, Melbourne and to be used in discussions with the Australian Commonwealth government in Canberra.

In 2013 to 14 Professor Murray and Professor Marc Cowling were invited by the Danish Ministry of Business and Growth to undertake a formal evaluation of Denmark’s equity support schemes for growing businesses within the Vaekstfonden government funding agency.

In 2011 Professor Murray was invited to write a reflection on Finnish Enterprise policy - Response to the ‘Finnish Paradox’ Kasvu-yritys-katsuas 2011. In collaboration with long term co-author, Professor Cowling, he also produced an evaluation of the Department for Business Innovation and Skills’ (BIS) flagship venture capital and related programmes - BIS Equity Schemes Evaluation. This report was finally released in 2014.

Between 2009 and 2010 Professors Murray and Cowling were asked by the Australian government to undertake a formal evaluation of the impact of the Innovation Investment Fund (IIF) a government co-financed Venture Capital programme originally created in 1997. Professor Murray’s original policy paper to the Australian Research and Development Board in 1996 helped launch this innovative public supported VC programme. (IIF was subsequently used by the UK government in crafting its own VC programme under the aegis of the Small Business Service.).

In 2009 Professor Murray was one of six internationally recognised academics asked to lead the Finnish government’s Evaluation of the National Innovation Strategy, which reported in October 2009. The largest study in more than a decade, the review reported directly to the country’s Cabinet and Research and Innovation Council; his findings were presented personally to the Ministers of Economics and Education. One important recommendation by Professor Murray was that Aalto University should be chosen as the beacon site for Entrepreneurial research and practice in Finland. This recommendation was subsequently enacted by the Finnish government.

In the same year he co-authored the NESTA 'Thin Markets Report’ - which analysed the impact of UK government-backed VC investment. He was also a member of the Rowlands Committee on Growth Capital for SMEs. This was a review commissioned by HM Treasury and BIS, which looked at financing for small and medium-sized enterprises (SMEs), in light of the difficulties experienced in sector. The resulting Growth Capital review report was influential in encouraging the government’s subsequent support of the market for SME finance.

During 2008 and 2009 Professor Murray, working with senior Finnish professor and co-author - Professor Markku Maula - was requested to advise the Finnish government on personal taxation policy’s effects on entrepreneurial activity. He also was invited by New Zealand’s Ministry of Economics and Development to give a series of policy presentations and lectures on his entrepreneurial finance research. This contributed to a review of the government’s approach to funding hybrid venture capital (VC) programmes.

From 2003, Professor Murray was a member of the European Commission's Enterprise Policy Group, which was established to discuss, and assist, the EC in the development of future innovation and enterprise policy proposals.

In addition to shaping policy, he has been a regular media contributor on enterprise issues, having been interviewed by Radio 4’s Today Programme, the Financial Times, the Wall Street Journal, Australia’s Financial Review and Finland’s national TV news.

In 2012, his pioneering international links between academic research, industry and evidence-based government policy in the related fields of early-stage enterprise and innovation over a period of over 20 years, saw Professor Murray awarded an OBE for 'services to business' in The Queen’s Jubilee year Birthday Honours list.

Professor Murray created the annual Exeter Entrepreneurship Policy Research Seminar Series (EXPRESS). This international network has involved senior policymakers and academic researchers from 15 countries as well as a number of international policy agencies. With initial funding from NORFACE, and subsequent support from the European Commission and six European government hosts, successful seminars were held in London, Helsinki, Berlin, Amsterdam and Stockholm between 2005 and 2009. This network of senior policy makers still operates informally.

Professor Murray’s research and expertise have helped to shape policy in several countries, including the UK, and are at the base of the formation of an influential international academic policymaker forum. The effective delivery of his research to the world of business and industry has strengthened the vital links with academia, and through consistent engagement with a wider audience in high-profile media appearances, Professor Murray’s research continues to influence economic policy.