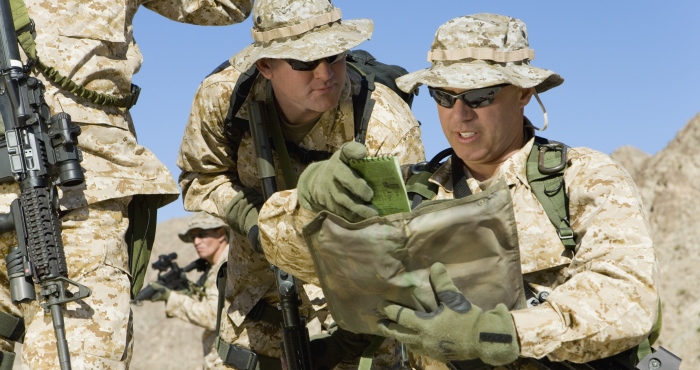 Since the 1990s, Western armed forces have been involved in complex operations in the Balkans, Africa and Afghanistan.

The Arab Spring and recent events in Syria suggest that hybrid warfare will continue to predominate in the near future. These changes have compelled the military to revise many of its practices, concepts and organisational culture. The research undertaken by Professor Anthony King over the last decade has made a notable contribution to the shaping of this response, influencing the execution of military operations and shaping military training and education, as well as making a significant contribution to informing debate about policy.

In early 2008 Professor King was invited to contribute to Britain’s new counter-insurgency doctrine, Security and Stabilisation: The Military Contribution. He was subsequently invited to become a member of the NATO International Security Assistance Force’s (ISAF) Regional Command (South) HQ, in Kandahar, Afghanistan, as part of a group whose function was to give non-military and critical advice to the Commander, a British Major-General.

Professor King wrote a political engagement plan, which had the effect of revising ISAF’s counter-insurgency strategy. He recommended that the headquarters engage with local power-brokers, with the military element being subordinate to this political strategy.

This concept was implemented as part of the civil-military campaign to secure Kandahar City in 2010. One military spokesman said his contribution ‘cannot be overstated’. Professor King advised successive brigades deploying into Helmand province about the area’s complex power dynamics, and mentored the final Helmand task force in September 2013.

Following the publication of a paper on Helmand province Professor King was asked to give expert testimony to the Defence Committee hearing into operations in Afghanistan. His evidence and the paper itself have been widely cited in the resulting discussions and the Committee’s report. A former UK Defence Secretary twice cited the paper in his own testimony to the Defence Committee. The paper was listed on the Chief of Defence Staff’s 2013 recommended reading list for military personnel.

Professor King has also contributed to the debate about women’s role in combat operations. His research suggests that the evidence from Iraq and Afghanistan shows that women should be able to serve in the infantry. To promote this view, he organised a major conference at which participants included military practitioners from 11 countries, including representatives from the highest ranks of the British Army and NATO, such as the Deputy Supreme Allied Commander’s special gender representative.

Professor King has published articles on female accession in Parameter, the journal of the US Army War College, the Royal United Services Institute’s RUSI Journal and the British Army Review, and given talks and seminars at US institutions such as West Point and the Army War College.