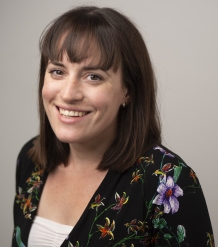 I am the Project Manager for the AHRC Care for the Future: Thinking Forward through the Past theme. I act as liaison between the Leadership Fellow, Professor Andrew Thompson; the Academic Co-ordinator, Professor Henry French; the AHRC, and the Award holders.

I have a background in museums and heritage having held various roles at Plymouth City Museum and Art Gallery, and The Wordsworth Trust, Grasmere, as well as conducting consultancy work for the National Trust.