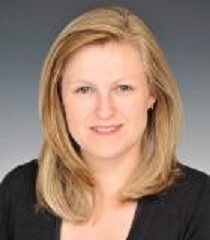 Dr Stephanie Blair is an influential and sought-after international conflict and stabilisation expert whose work sits at the intersection of policy and practice who is driven by intellectual and global challenges. She has worked on peacekeeping, intervention and stabilisation issues for 25 years. Her expertise spans the civ-mil dimension of peace and conflict. This includes: strategic planning for integrated peace and stability operations; conflict resolution and peace building; conducting conflict analysis and designing frameworks for peace operations. Most recently she designed the Canadian Integrated Conflict Analysis Process (CICAP) for Global Affairs Canada, which seeks to facilitate a shared understanding of violent conflict across government departments enabling the prioritisation of actions and resources.

As a practitioner, Stephanie has wide experience serving in civilian capacities in a number of fragile and conflict affected countries.  She is the Africa Peace and Security Lead for the Conflict Security and Stability Fund (CSSF), Monitoring and Evaluation Unit. She has a unique field experience in serving throughout with the Kosovo crisis with both the Organization for Security and Cooperation in Europe (OSCE) as Deputy Director of Human Rights and the UN Mission in Kosovo (UNMIK) as a Municipal Administrator.  During this crisis that she worked extensively with the KLA-UCK and supported its transition to the KPC.

Individually sought after to design, develop and pilot Canada's Integrated Conflict and Fragility Analysis Process, with pilots for Mali and South Sudan. Influential in ensuring gender was incorporated into the CICAP guidance and considered in the country analyses.

Influence demonstrated through approach by the UK Joint National Security Committee to provide written and subsequently oral evidence to the CSSF Inquiry (2016).