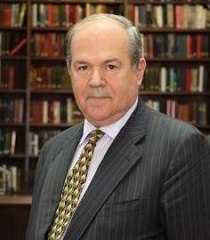 Jonathan Eyal is the Director of International Security Studies at RUSI and Editor of the RUSI Newsbrief. He was born in Romania, but has lived most of his life in Britain. Educated at Oxford and London Universities, his initial training was in international law and relations, in which he obtained both his first degree and his Master's with a Distinction. His Doctorate, completed at Oxford in 1987, analysed relations between ethnic minorities in Eastern Europe since the end of the First World War.

After teaching at Oxford for three years, Jonathan was appointed a researcher at the Royal United Services Institute for Defence Studies in London and has been their Director of Studies since 1990.

Jonathan has completed books on military expenditure in the former Warsaw Pact and a published study on military relations in the Balkans during the time of Communism. He is a regular commentator on East European affairs for The Guardian, The Independent, The Times and the Observer newspapers. He has also given evidence to the House of Commons Foreign Affairs Committee on the conduct of British foreign policy in Eastern Europe, and the teams of experts which contributed to the peace plans for the former Yugoslavia. He has acted as an adviser to the European Union's studies on the process of dividing the assets of the former Yugoslav state, and has published two studies on the errors committed by the West in handling the Balkan conflict since 1991. He is fluent in French, Romanian, Italian, Hungarian and German.