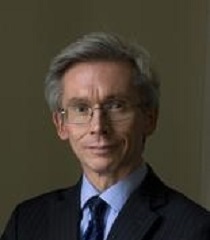 Professor Malcolm Chalmers is Research Director and Director (UK Defence Policy) at RUSI. He is a Special Adviser to the UK Parliament's Joint Committee on the National Security Strategy, and was a member of the UK Cabinet Office consultative group for the 2010 Strategic Defence and Security Review, and of the UK Defence Secretary's Advisory Forum for the 2010 Defence Green Paper. He was Visiting Professor of Defence and Foreign Policy in the Department of War Studies, Kings College, London, and was an FCO Special Adviser to Foreign Secretaries Jack Straw MP and Margaret Beckett MP.

Malcolm has written extensively on defence policy and strategy.  His most recent articles, essays and publications include: 'Looking into the Black Hole: Is the UK Defence Budget Crisis Really Over?, RUSI Briefing Paper, September 2011; 'Keeping our Powder Dry? UK Defence Policy Beyond Afghanistan', RUSI Journal, 156, 1, 2011; 'The Lean Years? Defence Consequences of the Fiscal Crisis', in Michael Codner and Michael Clarke (eds), A Question of Security: British Defence Policy in an Age of Austerity, I B Tauris, 2011; and 'Nuclear Weapons and the Prevention of Major War' in Camille Grand (editor), Thinking About Strategy: A Tribute to Michael Quinlan, FRS Paris, 2011.