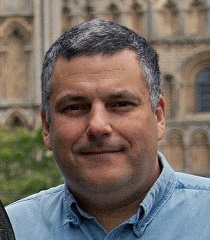 Professor Barkawi is a historian of war and empire. His scholarship uses interdisciplinary approaches to imperial and military archives to re-imagine relations between war, armed forces and society in modern times. He has written on the pivotal place of armed force in globalization, imperialism, and modernization, and on the neglected significance of war in social and political theory and in histories of empire. His most recent book, Soldiers of Empire, examined the multicultural armies of British Asia in the Second World War, reconceiving Indian and British soldiers in cosmopolitan rather than national terms. Currently, he is working on the Korean War and the American experience of military defeat at the hands of those regarded as racially inferior. This new project explores soldiers’ history writing as a site for war’s constitutive presence in society and politics.

He earned his doctorate at the University of Minnesota and specialises in the study of war, armed forces and society with a focus on conflict between the West and the global South. He is author of Globalization and War and many scholarly articles.