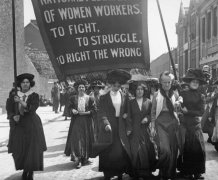 100 years ago women over the age of 30 finally won the right to vote.

100 years ago, on February 6th 1918, women over the age of 30 finally won the right to vote. It would be a further 10 years until women would gain equal voting rights with men, but this milestone opened doors to new opportunities and paved the way for future laws to promote equality for all.

To celebrate this, we would like to showcase just some of the Exeter alumnae who are paving their own way to greatness, including Abi Morgan, who wrote the screenplay for the award-winning film Suffragette.

Since the moment the University’s charter was awarded in 1955, academics such as Professor Michelle Ryan, a leading feminist researcher and originator of the concept of the Glass Cliff, have also been breaking down barriers. Professor Ryan said: “Women weren’t 'given the vote' but rather women (and their male allies) fought for the vote and won. The anniversary of the women’s suffrage in the UK is much to be celebrated, but it also reminds us that there are many battles that need to be continually fought.”

To mark the anniversary, here are just a few examples of inspiring women who attended the University of Exeter: 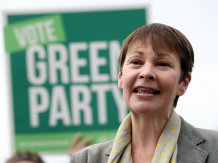 Alumna Caroline Lucas MP (English 1983, PhD English 1990) is the UK’s first ever Green Party Member of Parliament and Co-Leader of the Green Party of England and Wales. She has been MP for Brighton Pavilion since 2010, having previously been an MEP, and is a passionate campaigner on issues including climate change, globalisation, social justice and human rights.
Caroline was named 'Most Influential MP' in 2012 by the Political Studies Association, 'MP of the Year' in the Scottish Widows and Dods Women in Public Life Awards 2011, and 'Newcomer of the Year' in the Spectator's 2010 Parliamentarian awards. 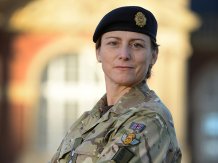 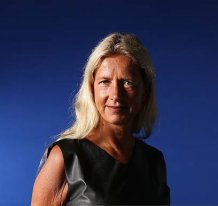 After studying at Exeter, Blazwick went on to become "the most important woman in British art", according to  the Guardian. A respected curator who has worked at the Tate Modern and the Institute of Contemporary Arts (ICU), Blazwick was vital in the development of the Tate Modern and spotting talent in the art world, giving artists like Damien Hirst a stage to showcase thought-provoking work.

In the world of journalism, Lindsey Hilsum (Spanish and French, 1980) has covered the major wars and refugee movements of the past three decades, including Iraq, Afghanistan and Kosovo and the Israeli-Palestinian conflict. In 2011 she witnessed the Arab Spring uprisings in Libya and Egypt, and during the 2004 US assault on Falluja she was embedded with a frontline marine unit. In 1994, she was the only English-speaking foreign correspondent in Rwanda when the genocide started. She has been Royal Television Society Journalist of the Year, and won the Charles Wheeler Award and the James Cameron Award as well as awards from One World Media, Amnesty International and BAFTA. 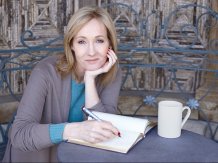 Joanne Rowling, better known as JK Rowling, changed the shape of literature and film with the Harry Potter series. Rowling, who taught abroad for a period after attending the University of Exeter, wrote the majority of her first book in a cafe in Edinburgh whilst looking after her young daughter. Bloomsbury published that book, Harry Potter and the Philosopher’s Stone, in 1997. The popularity of the Harry Potter series is hard to overstate - with seven books, eight films, stage plays, an online platform named Pottermore, and entertainment parks such as the Harry Potter Studios in London and a theme park at Universal Studios, Orlando, Florida.

Baroness Shackleton of Belgravia, Fiona Shackleton is a celebrated solicitor and Conservative peer, who has represented royalty and celebrities alike. After qualifying as a solicitor in 1980, she went on to become a partner at Farrer & Co, the firm employed by the Royal Family, with her first high-profile case being that of the Duke and Duchess of York. She’s represented the likes of Madonna and Sir Paul McCarthy, and was created a life peer by the Queen in December 2010. 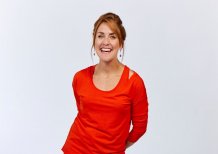 Katy Ashworth has been known and loved by the nation’s children television through her work on CBeebies. From her first presenting role on the under-6’s cookery programme I Can Cook, she has remained a household name and provided a friendly face across an array of children’s shows, such as Justin’s House, three live Cbeebies Live Tours, as well as the inaugural Cbeebies Prom in 2014.

Samantha ‘Sam’ Smith held the position of British ladies No.1 from 1996 to 1999, even though she took a three-year break from the sport in order to complete her History degree at the University of Exeter. Now she commentates on the game, appearing on platforms such as BBC, ITV, Sky Sports, BT Sport and Eurosport, as well as Channel Seven in Australia during the Australian Open.

Ambiga Sreenevasan was one of the eight recipients of the US International Women of Courage Award in 2009. She was President of the Malaysian Bar Council in 2007 - the second ever woman in this post. She is a dedicated international human rights campaigner and drafted and presented several papers and memoranda on issues relating to the rule of law, the judiciary, the administration of justice, legal aid and religious conversion. As of 2015, she is the president of Hakam, Malaysia’s National Human Rights Society.

Samatha Baines has a thriving career both in television, radio and in comedy, appearing in Netflix’s The Crown, directed by Julian Jarrod. She is  known for her appearances in Lee Nelson's Well Funny People (BBC3), Hank Zipzer (CBBC) and A Royal Night Out. She also writes comedy posts in the Huffington Comedy Post and Timeout, as well as co-hosting multiple radio shows.
She won the What the Frock! Best Newcomer Award in 2015, and a Best Actress Award in 24 Hour Film Race for the short film New Model.

Although joining the Sky News team in 2006, Lang has extensive experience in broadcasting and surrounding newsrooms dating from 1995, when she joined the BBC. She became a known face of BBC Weather, before appearing across multiple BBC outlets including prime-time forecasts on BBC One, BBC World and BBC News 24.

Abi Morgan is an acclaimed playwright and screenwriter, with credits including Suffragette and The Iron Lady, starring Meryl Streep. Studying at Exeter before completing her postgraduate at the Central School of Speech and Drama, Morgan has received massive critical aclaim. For her work on The Iron Lady, Morgan earned a BAFTA nomination for Best Original Screenplay, as well as further nominations for her other works, such as "Most Promising Playwright" for her work Tender in the 2002 Laurence Olivier Theatre Awards, as well as winning the BAFTA for Best Serial Drama in 2005 for her Channel 4 drama Sex Traffic.

Elaine Tan was nominated for Best Actress at the ECU European Independent Film Festival in 2006. She has performed at the Royal Variety show and her many credits include a leading role in Sir Trevor Nunn’s South Pacific at the Royal National Theatre, films Starter for 10, Jewtopia, Beyond the Lights and Inherent Vice as well as many television roles in Nighty Night, 'Til Death, Boston Legal, Entourage, CSI:Crime Scene Investigation and Hawaii Five-0.

This is just a snap-shot of the brilliant women who have graduated from the University of Exeter.

Read some more of our alumnae stories here:

In 1918, women first gained the vote. 100 years on, hear two of Exeter's experts on gender equality discuss what comes next.