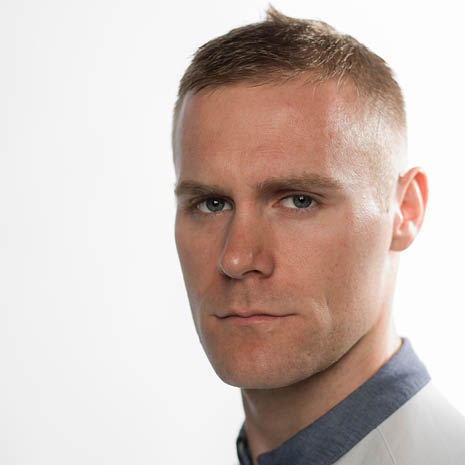 Mark Ormrod was born in Plymouth, Devon on 29 July 1983. With Plymouth being such a big military city and with many of his older friends joining the Armed Forces after school it seemed inevitable that he would follow a similar path. At the age of 16 he applied to join the Royal Marines. After being accepted and subsequently passing a three-day potential Royal Marines course he started his basic training in February 2001 at the age of 17.

In October that year shortly after the world witnessed the tragedies of 9/11 Mark completed his training and earned the coveted Royal Marines green beret. A tour of duty in Iraq followed shortly after and then in 2007 he was deployed to Afghanistan for 6 months where on Christmas Eve that year he stood on and detonated an improvised explosive device resulting in him losing both of his legs and his right arm. After many months of rehabilitation, he made the decision to leave the military and start a new adventure as a civilian. Along this journey Mark became a Father to three children Kezia, Mason and Evelyn as well as a husband to Becky. Mark now classes himself as an entrepreneur constantly working on numerous different projects and enjoys keeping fit, personal development and trying to raise awareness and funds to help other veterans and their families who find themselves in times of need.