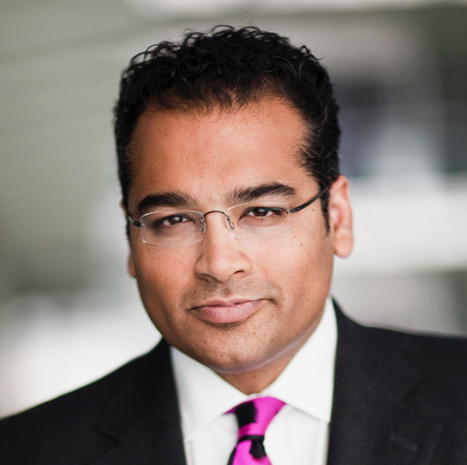 Krishnan Guru-Murthy is the main anchor of Channel 4 News. He also presents the foreign documentary series Unreported World and the podcast interview series Ways To Change The World. He has covered eight British general elections, interviewed six Prime Ministers and many world leaders as well as presenting a host of special live television debates. He has covered many wars and conflicts, including in former Yugoslavia, Iraq, Afghanistan, Syria, Yemen and Kashmir. He was named Network Presenter of the Year at the Royal Television Society Journalism Awards 2022.

Krishnan started in journalism presenting the BBC2 youth discussion programme, 'Open to Question', at the age of 18 before reading Philosophy, Politics and Economics at Hertford College, Oxford. He went on to present the children's programme Newsround, then was a reporter on Newsnight before helping to launch the BBC News channel as a main presenter. He had a Sunday morning radio show on LBC and still presents occasionally for BBC Radio 5 Live. He has appeared on a range of entertainment programmes from “Eight out of Ten Cats” to 'Have I Got News for You' and played himself in the hit British zombie movie “Shaun of the Dead”.