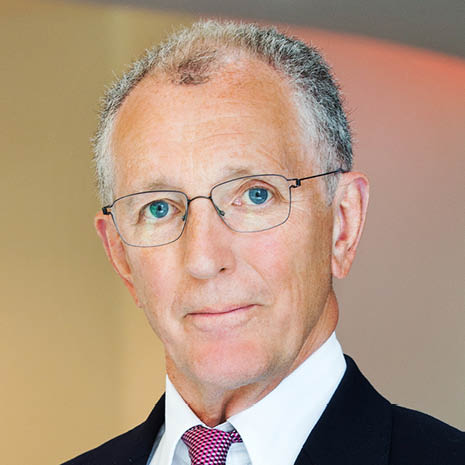 Nicholas Bull graduated in Chemistry at Exeter in 1973. He was Captain of the Rowing Club and subsequently rowed for Leander Club and England.

After qualifying as a Chartered Accountant he had a career of 30 years in banking, in London, Sydney, Singapore and Hong Kong. He then became a non-executive director and charity trustee, currently being the Senior Independent Director of Coats Group plc and Chair of the investment trust Fidelity China Special Situations plc. He was Master of the Tallow Chandlers City livery company in 2015.

When Exeter formed its Alumni Network Group in the early 2000’s he was an active member and led Exeter’s first major fundraising, which funded the building of the Forum and Building One. His own gift was to enable the building of a new boathouse for the rowers; and he was inducted into Exeter’s College of Benefactors in 2008. He continues to support the University’s rowing programme.

From 2009 to 2018 he was a member of Council of the University and had oversight of Alumni Affairs & Fundraising; Sport; and Arts & Culture. He also chaired the Audit Committee. He continues to be a Trustee of the Camborne School of Mines Trust.

His interest in education led to being an associate governor of an academy in North London for 5 years followed by currently being a Trustee of the CET multi-academy trust; and a member of the Advisory Board of the charity INTO University. He is a trustee of the Design Museum.

Nicholas is married to the artist Katusha Ostroumoff Bull ARBS; they have one son.