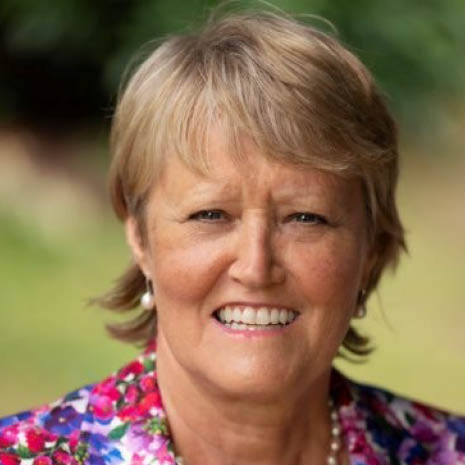 Professor Dame Sue Hill DBE FMedSci FRSB FRCP(Hon) FRCPath (Hon) FHCS (Hon) is the Chief Scientific Officer (CSO) for England and provides scientific leadership and advice for the wider healthcare system. A respiratory scientist by background, she has an international academic and clinical research reputation. As CSO, Sue has been a champion of education and training, leading the UK-wide Modernising Scientific Careers initiative and now the NHS diagnostics workforce programme. She has led large-scale service transformation projects and is a champion of new ways of working and service redesign for patient benefit.

She leads and directs Genomics in the NHS, driving the world-leading programme to introduce a nationwide Genomic Medicine Service working in partnership to deliver cutting edge technologies for patient benefit and new collaborations between the NHS and academia, industry and international governments/ initiatives. This builds on her work in heading up the NHS contribution to the world leading 100,000 Genomes Project.

She has played a major role in the national COVID-19 programme (NHS Test and Trace and now UKHSA); leading the development and deployment of testing technologies into use for the UK population and co-directing a globally recognised programme for whole-genome sequencing of SARS-CoV-2.

Dame Sue was made a Dame Commander in 2018 in recognition of the scale of her contribution to British genomics, having previously been awarded an OBE in 2005 in recognition of her services to healthcare science. In 20/21 she was named one of The 80 Most Influential People in English NHS and health policy.