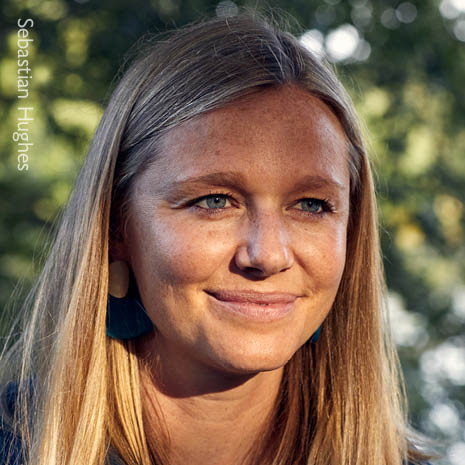 Emily Penn is an ocean advocate and skipper who has spent over a decade exploring the causes of, and solutions to, plastic pollution from the tropics to the Arctic.

Emily left the University of Cambridge in 2008 with a degree in Architecture and a job offer in Australia. Deciding not to take an aeroplane, she landed herself a place on Earthrace – a record- breaking biofuelled boat. While crossing the Pacific her eyes were opened to the challenges impacting our ocean and so she stayed in Tonga to coordinate the largest ever community-led rubbish cleanup in the South Pacific.

In 2010 Emily co-founded Pangaea Explorations to enable scientists and filmmakers to gain access to the most remote parts of our planet via a 72ft sailing expedition vessel; collecting data on the health of our ocean and documenting previously unknown oceanic gyres – huge areas of plastic pollution accumulation. She trawled for microplastics through the Northwest Passage and worked on a sailing cargo ship trading western supplies for coconuts.

Emily now runs her not-for-profit eXXpedition; a series of all- women voyages on a mission to help people understand the true ocean plastic and toxic pollution problem, so they can use their skills to solve it from sea to source. Since 2014, Emily has led 19 scientific research missions and developed upstream solutions on land with a network of changemakers, corporate partners, scientists and government bodies. Her recently launched platform SHiFT.how, helps people and businesses navigate hundreds of solutions to find the ones that are best for them and take actions that result in less pollution in our ocean.