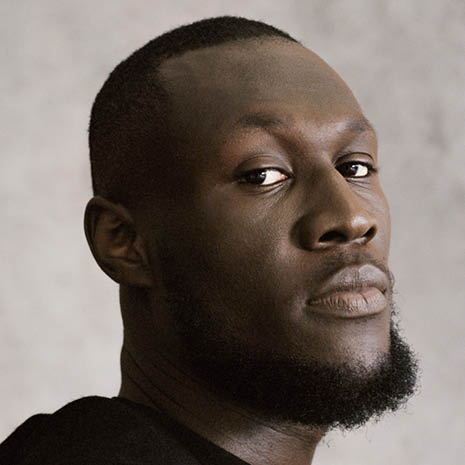 Stormzy is a multi-award-winning musician from Thornton Heath, South London. His two albums to date; ‘Gang Signs & Prayer’ and ‘Heavy Is The Head’ both finished at #1 in the UK album chart and were subsequently nominated for the prestigious Mercury Music Prize.

His remarkable ascent has been accompanied by his honest and relatable character. A true spokesman of black empowerment and social activism, Stormzy is one of the UK’s most inspiring figureheads who has consistently stood up for people from all areas of life; encouraging his fans and listeners alike to speak openly about their beliefs and fight for their rights.

In July 2018, he announced #Merky Books, an imprint within Penguin Random House UK, dedicated to publishing the best new fiction, non-fiction and poetry, and in August 2018 he announced ‘The Stormzy Scholarship’, an annual studentship to fund black British students to go to the University of Cambridge. Since its launch, the scholarship has supported six Black students through their Cambridge education and last year, saw a very significant expansion with HSBC donating £2 million to support 30 ‘Stormzy Scholars’ over the next 3 years.

In June 2020, he announced the launch of his charity, #Merky Foundation, to which he pledged £10 million, over 10 years, to organisations, charities and movements that are committed to fighting racial inequality, justice reform and black empowerment within the UK.