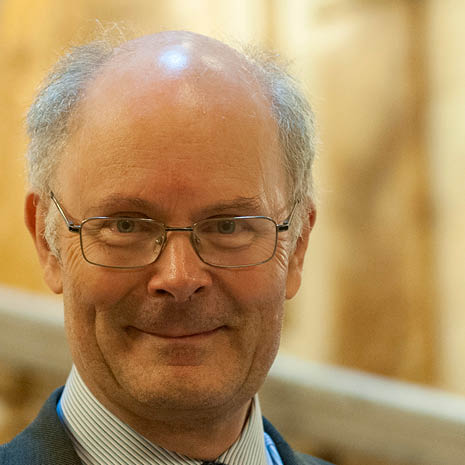 Professor Sir John Curtice was born and brought up in Cornwall, and educated at Truro School followed by Magdalen and Nuffield Colleges, University of Oxford, where he read Philosophy, Politics, and Economics. He is Professor of Politics at the University of Strathclyde in Glasgow, Scotland, and Senior Research Fellow at the National Centre for Social Research (NatCen) and ‘The UK in a Changing Europe’ initiative (UKICE) funded by the Economic and Social Research Council. (ESRC).

Co-director of the British Election Study between 1983 and 1997 and a co-editor of NatCen’s annual British Social Attitudes reports series since 1994, he has written extensively about voting behaviour in elections and referendums in the UK, as well as on British and Scottish political and social attitudes more generally.

He is a regular contributor to British and international media coverage of politics in the UK, and since 1979 has been a member of the team providing the BBC’s coverage of general and local elections, most recently leading the conduct and analysis of the BBC/ITV/Sky general election exit poll. He is the founder of and Chief Commentator at two websites, whatscotlandthinks.org and whatukthinks.org/eu, which provide a comprehensive collection of materials on public attitudes towards (i) how Scotland should be governed, and (ii) the UK’s relationship with the EU. He is a Fellow of the British Academy, the Royal Society of Edinburgh, and the Academy of the Social Sciences. He is also an Honorary Fellow of the Royal Statistical Society and the Market Research Society.