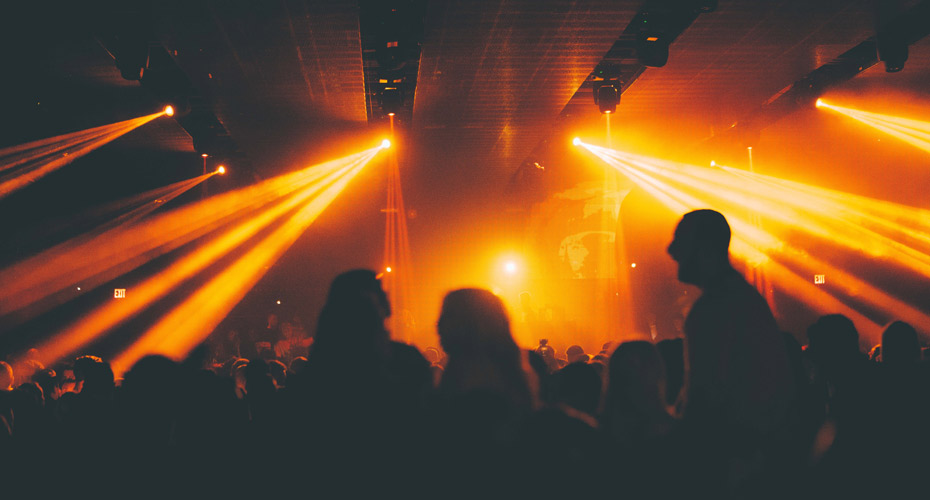 With a high proportion of students, Exeter has a lively nightlife despite the relatively small size of the city’s population. A number of independent local breweries feed the city’s varied pub culture, which stretches from big chain venues to curio pubs tucked away on side streets. While the city’s nightclubs aren’t numerous, a culture of outdoor events offers a surprising amount of variety, and a range of (literally) underground music venues ensure there’s plenty of choice for a great night out.

If theatre and cinema are more your thing, don’t forget to read our Arts and culture webpage.

The pubs in Exeter have a rich and varied history, from The Ship Inn where the likes of Sir Francis Drake supposedly used to drink, and The Turks Head, a favourite watering hole of Charles Dickens, to gastropubs off the beaten track like The Fat Pig and The Hourglass.

There are pubs a-plenty within mere minutes of both our Exeter campuses, including one on our Streatham Campus, The Ram Bar. Student favourites include the Imperial (or Impy), a giant Wetherspoons with rolling gardens between St David’s train station and Streatham Campus, and The Old Firehouse, a cosy pub famed for its excellent range of beers and ciders, and giant late-night pizzas. The Victoria Inn, slap-bang in the middle of Exeter’s peak student housing area, is also a perennial student spot.

Summer isn’t complete without a visit to Double Locks, a beautiful pub along the canal, or its downstream neighbour, Turf Locks, which has extraordinary views across the Exe. The estuary village of Topsham also has a wealth of pubs close to its picturesque quay, perfect for warm afternoons.

The South West has a quietly impressive musical heritage, and the city has several venues catering for all tastes. The underground Exeter Cavern regularly hosts live music and the venue has seen some of the world’s biggest bands launch their careers, including Muse, Coldplay, Mumford & Sons, Biffy Clyro, Scouting for Girls and Kaiser Chiefs.

The University’s own Great Hall is one of the largest entertainment venues in the South West. Catch the big names playing here or at our other live music venue, the Lemon Grove (Lemmy). The Phoenix is Exeter’s arts centre and cultural hub, with live music several times a week ranging from folk, blues, jazz and world to techno and indie rock.

Exeter hosts a number of festivals throughout the year. Dance music fans won’t want to miss Hijacked Festival, a popular springtime event at picturesque Double Locks. Celebrate diversity through the performing and creative arts at Exeter Respect Festival or catch one of the many outdoor music events at Powderham Castle.

Oktoberfest at Exeter Castle is another fun event to enjoy with friends. With German beer and street food along with live music to dance the night away, you can have a taste of Bavarian culture in the heart of Exeter.

While Exeter might not compete with the likes of London or Manchester if you want to dance all night, the city is home to several great nightclubs.

Timepiece (TP) is Exeter’s self-proclaimed “half-decent nightclub” and caters for both the city’s more discerning club-goers and an inordinate number of sports team socials. Unit 1 is a firm favourite of many students with their sing-along throwback hits at their Cheesy Tuesdays club nights.

Other popular venues include:

Exeter celebrates history and embraces today... its thriving nightlife, lively cultural scene and rich history make it well worth a visit. This old city is young at heart thanks to a large student crowd and plenty of bars, clubs and cafés, especially around the revitalised quay area.