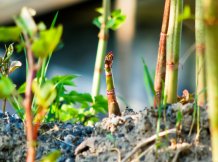 What we don't know can harm us

A study by ESI researchers highlights concerns that a decline in the public’s ability to identify plants will have a variety of negative long-term effects.

A reduced appreciation of the natural world and a diminished motivation to protect species and support conservation organisations are cited among the likely outcomes of this trend, along with an erosion of the well-understood human wellbeing benefits resulting from nature-based recreational activities.

Beth Robinson, who led the study, asked individuals representing a cross-section of society to identify six native and six non-native species which experts (including ecological consultants, academics and garden-centre employees) decided were medium-sized, relatively easy to identify and common in domestic gardens. Real plants, rather than images, were used, which allowed participants to gain a better idea of smell, size and texture. Specifically, these species were Lavender, Rose, Common Heather, Blackberry, Ivy and Bracken (all native); and Hydrangea, Fuchsia, Montbretia, Red valerian, Buddleia, and Japanese knotweed (all non-native).

Participants correctly identified roughly 60% of common plant species and were significantly worse at naming non-native than native plants. Less than 20% of people recognised Japanese knotweed (Fallopia japonica), a widespread and high-profile invasive non-native in Cornwall (which, as long ago as six years ago, was estimated to have cost the UK economy £165 million).

Research of this kind has been relatively scarce; despite being immobile, and frequently and reliably within our line of sight,  plant species are seen as particularly hard to identify. They lack  the charisma of birds and mammals, are significantly more diverse and often change greatly in appearance between seasons and life-stages, all of which contribute to this difficulty.

Beth Robinson said: “It’s hard to see us seriously engaging in documenting and monitoring biodiversity if we’re increasingly unable, as a society, to identify the plant life around us. This isn’t just true of common and benign native and non-native species, but, increasingly, of problematic invasive non-native species, where early identification can mean more successful and cost-effective ways to deal with them.”

Click the link to read the research in full.