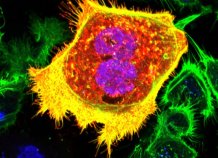 Pioneering new research into the way in which cells communicate with each other could hold the key to unlocking new, improved treatment for life-threatening diseases, including cancer.

Various mechanisms exist for cells to communicate with each other, and many are essential  for development. A team of international researchers looked at how one important family of signalling molecules - Wnt proteins, which orchestrate and control many cell development processes – are transported between cells.

Accurate transmission of Wnt signals is therefore incredibly important; however, the mechanism for this was previously unknown. It was discovered that cell protrusions called cytonemes. play an essential role in transmitting the signal to control the rate of cell division.

Professor Steffen Scholpp, Principal Investigator at the University of Exeter’s Living Systems Institute said: “These are very exciting times for cell biology. We are in the process of changing our understanding of cell communication in a tissue. In the early days researchers believed that signalling molecules are released from cells into the extracellular space, the area between cells, and diffuse randomly.

“This would mean that target cells are surrounded by a mix of various signalling molecules. In contrast, our research shows that there is a flexible grid of tiny protrusions connecting all cells in a multicellular body. This novel concept allows a fast, precise and controlled exchange of information between sender cells and target cells”.

As excessive Wnt signalling is known to cause a number of cancers by causing excessive cell division, the scientists believe that this research could lead to the development of new cancer treatments by helping to create drugs to target  cytoneme formation, preventing transmission of the signal.

The team, including researchers from the Duke Medical School in Singapore, Karlsruhe Institute of Technology, Germany and Cardiff University, discovered that impeding cytoneme formation prevented transmission from Wnt producing cells.

Wnt was found to move to areas of the cell membrane and interact with a receptor known as Ror2, inducing the formation of a cytoneme. This constitutes the first time a signalling protein has been shown to control its own transport mechanism.

Professor Scholpp added: “We have started to understand the characteristics of this information grid in the matrix of a tissue. Our research provides the first insight how this web of cell protrusions is formed and what kind of consequences it has if we alter these connections.

“A thorough functional and structural characterisation of the information grid and their functions in contact-based signalling is fundamental and calls for further studies at the molecular, cellular and tissue level.”

The research is published in leading Biology journal, eLife, on Tuesday, July 31 2018. 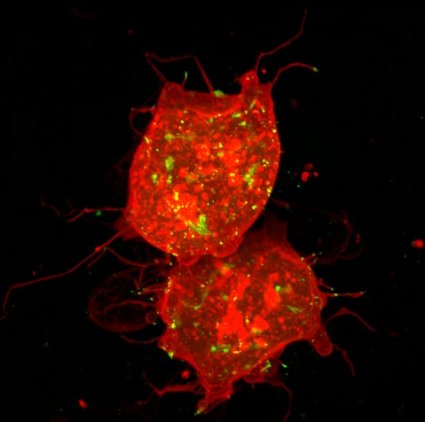 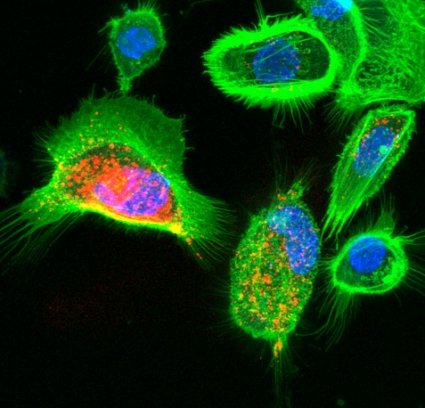