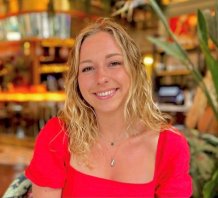 Exeter PhD researcher Alice Carr was diagnosed with Type 1 diabetes in 2012 at age 17.

Scientists reflect on diabetes research 100 years after discovery of insulin

Researchers at the University of Exeter teamed up with colleagues at the Indiana University School of Medicine to commemorate the centennial of the discovery of insulin and the critical moments that have led to today’s understanding and clinical approaches.

The new review titled “100 years of insulin: celebrating the past, present and future of diabetes therapy” has just been published in Nature Medicine. It was co-authored by Alice Carr and Richard Oram, PhD, from the University of Exeter’s College of Medicine and Health, and IU School of Medicine physician-scientists Emily Sims, MD, Carmella Evans-Molina, MD, PhD, and Linda DiMeglio, MD, MPH.

A hundred years ago, Type 1 diabetes was a fatal disease. Then in 1921, a contemporary medical miracle occurred: the discovery of insulin and its role in blood glucose regulation.

The landmark discovery would go on to save the lives of millions of people, but not without the help of scientists around the world.

“Something as epic as a 100th anniversary gives us a reminder to step back and reflect on how far we’ve come and how far we have left to go,” said Emily Sims, MD. “The achievements in our understanding and ability to treat diabetes with insulin over the past century have been nothing short of remarkable.”

Sims said that scientific achievement, however remarkable, is only part of the puzzle. Ultimately, the goal of research is to optimise real outcomes for people with diabetes.

Importantly, the article features commentary from people with Type 1 diabetes and their family members, who have themselves experienced the evolution of treatment over the course of their lives.

“My treatment was a near starvation diet,” recalled one participant identified as K.R., who was diagnosed just eight years after the discovery of insulin. “Insulin was available at this time, but looking back I am convinced that the average physician in those days did not feel sufficiently confident to use this comparatively new treatment.”

While the treatment became more commonplace over time, advancements in concentrated insulins and technology paved ways for improved quality of life.

“I was diagnosed when newer insulins, meter and pump technology really started taking off,” said a participant identified as K.H., diagnosed in 2002. “I started pumping insulin just a year after I was diagnosed.”

Co-author and Exeter PhD candidate Alice Carr is not only a diabetes researcher, but also has Type 1 diabetes herself. She said that her work on the Nature Medicine review reminded her of the shared tribulations and triumphs of a worldwide community.

“I was diagnosed with Type 1 diabetes in 2012 at age 17, and no matter your year of diabetes diagnosis, I found similarities between these respective stories and my own,” said Carr. “I find diabetes can be a lonely disease at times, but these stories reminded me that I share the same diabetes pains and triumphs with a resilient bunch of people that span the globe – it’s not lonely at all.”

And progress continues. While diabetes is considered a manageable disease, the detrimental impacts of chronically mismanaged blood sugar and lifelong demand for treatment have tremendous costs, both fiscally and in quality of life for people who are living with diabetes.

Ongoing studies in Exeter, Indiana and around the world are actively identifying early signs of risk for disease, discovering new targets for therapeutic intervention, defining rare and atypical forms of diabetes, and reversing impaired metabolic processes that contribute to the diabetes development.

The groundbreaking discovery of insulin set in motion a course of life-saving events for millions of people around the world. But the authors note that challenges in accessibility and equitable care continue—perhaps even more with modern advancements.

“Only once equal access for patients around the globe is established will the remarkable achievements surrounding insulin over the past century truly realise their greatest impact,” the authors conclude.