The Rt. Hon. The Lord Neuberger of Abbotsbury (LLD) 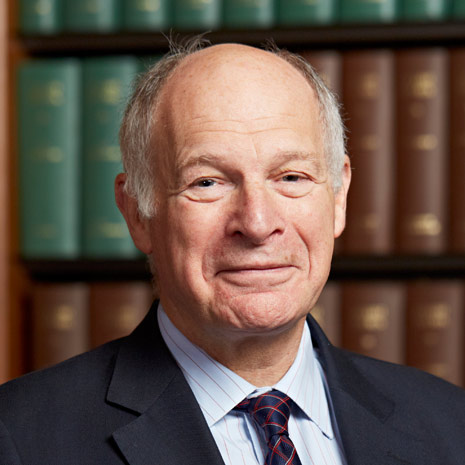 Lord (David) Neuberger read chemistry at Oxford and began his career as an investment banker. Three years later, in 1975, he was called to the Bar and practised largely in property law, taking silk in 1987. David was appointed a High Court Judge, sitting in the Chancery Division, in 1996, and was Supervisory Chancery Judge for Midland, Wales and Chester and Western Circuits from 2001. Three years later he was made a Lord Justice of Appeal, and appointed Judge in charge of IT and modernisation. In 2007 he was promoted to be a Law Lord and became a peer. He was appointed Master of the Rolls in 2009. In 2012, he became the President of the United Kingdom Supreme Court, a position from which he retired this year.

David has been a Non-Permanent Judge of the Hong Kong Court of Final Appeal for the past seven years. He is an honorary Fellow of the Royal Society, and an honorary member of the Royal Institution of Chartered Surveyors. He was on the Board of the University of the Arts London from 2001 to 2010. David is patron of Sapere, a children's educational charity, a trustee of Prisoners Abroad, and was a trustee, and then chairman, of the Schizophrenia Trust from 2000 to 2012. He chaired the Magna Carta Trust for three years from 2009.

David chaired an investigation for the Bar Council into widening access to the barrister profession in 2006-2007 and also served on the panel on fair access to the professions led by the former Secretary of State for Health, Alan Milburn, in 2008-2009.