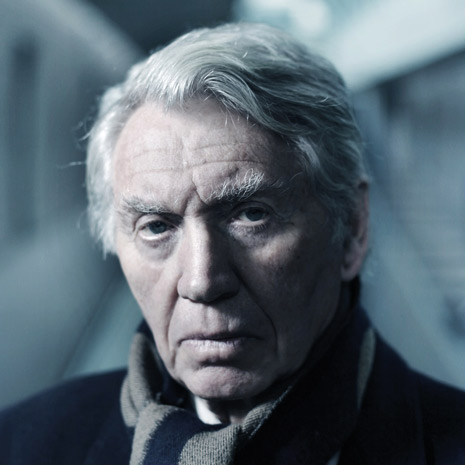 Sir Don McCullin is an award-winning photojournalist whose work is exhibited worldwide to constant acclaim. He grew up in London. After the death of his father, he left school at 14 and at 18 was called up for national service in the RAF as an assistant for aerial photography. His first reportage, on the "Guvnors" – a youth gang in his childhood neighbourhood – was published in The Observer in February 1959.

Don has documented the AIDS crisis in South Africa, Botswana and Zambia, and produced a book on the "lost tribes" of Ethiopia. In 2016, he launched Irreconcilable Truths, a three-volume retrospective of his life and work. He is having a major exhibition at the Tate in 2019, the first photographer ever to have a solo show. Don is the author of more than two dozen books and catalogues, including his acclaimed autobiography, Unreasonable Behaviour, which has recently been reissued in the UK, USA China, Taiwan and many other countries.

He is the recipient of numerous awards, including two Premier Awards from the World Press Photo and the Cornell Capa Award for Lifetime Achievement from the International Center of Photography in New York. In 1992 he was made a CBE, and last year was awarded a knighthood.

Don lives with his family in Somerset.