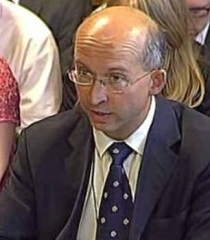 William has 25 years of experience from the Civil Service and Whitehall working in the Cabinet Office, HM Treasury and the Department of Culture, Media and Sport.

1998-2000: Head of Arts policy at the Department of Culture Media and Sport 2001-2002: Head of Defence, Diplomacy and Intelligence at the Treasury

2002-2005: Director of Performance and Finance at the Home Office

2005-2007: Director of Counter-Terrorism and Intelligence at the Home Office

2007-2008: Director, Law, Security and International at the Home Office

2008-2011: Director in the National Security Secretariat at the Cabinet Office

2011-2015: Principal Private Secretary to Their Royal Highnesses The Prince of Wales and The Duchess of Cornwall