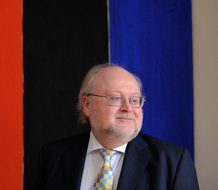 The Sir Steve Smith Scholarships have been funded by University of Exeter alumni and friends. More than £1 million has been raised which will support one scholar in each of the University’s six Colleges at any one time, each receiving an award of £6,000 per year for the duration of their studies. The donations have funded a permanent endowment, which means the scholarships will be available in perpetuity for maximum impact.

The scholarships were established in honour of Sir Steve, a leader who steered Exeter for 18 years to become one of the UK’s fastest growing and rapidly rising research universities before retiring in August 2020. Sir Steve was the first member of his family to attend university, and the scholarships will target talented students from backgrounds similar to his own to achieve their potential at Exeter and far into the future.

Alumna Vanessa Knapp (Law, 1978) was one of the first alumni to make a donation to the fund. She said: “I loved my time at Exeter and learned a great deal, both academically and more generally. I am supporting the fund so other people can have the same opportunities I did. Sir Steve Smith is a passionate advocate for the power of education and I am delighted that we can honour him and his values by supporting the fund.”

Scholarships can be even more important now, with research indicating that disadvantaged students have fallen behind their more privileged peers during the pandemic.

Zain Ahmed, a student in the Medical School who is the first in his family to go to University received a scholarship last year. He said: “Getting a scholarship is something I am really grateful for, it has given me freedom. There are parts of university life that would’ve been far harder without it.”

Professor Sir Steve Smith said: “I have always believed that education has the power to transform lives and throughout my time at Exeter, was passionate about supporting widening participation schemes and programmes. I was delighted to make a founding donation to this fund myself and am so grateful to everyone who has joined me in making a difference to all these future students. I cannot thank you enough.”

The first Sir Steve Smith Scholars will start in September 2021. More details and criteria are available on the website.