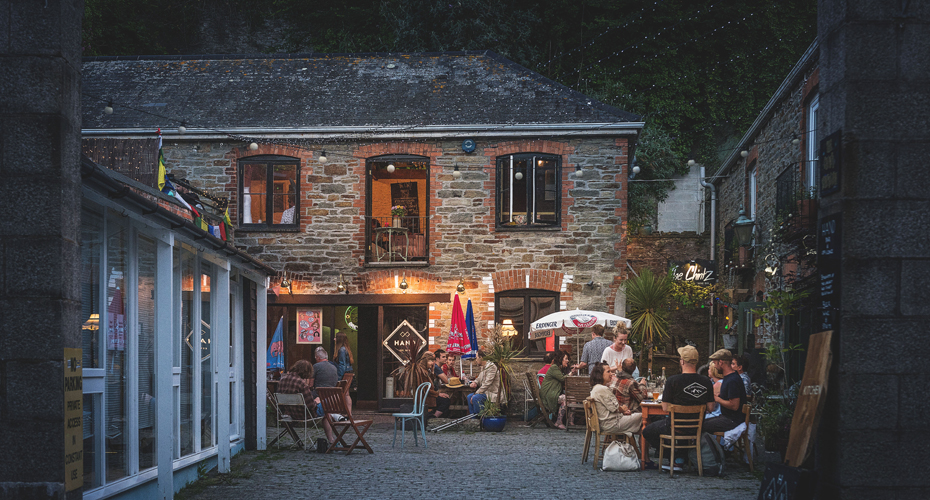 Whether you’re looking for a quick snack en route to the beach or an elegant sit-down meal to celebrate a special occasion, Cornwall is guaranteed to have something that suits your tastes.  You can sample locally caught fish, scallops, and crabs at the many establishments specialising in seafood with a number of restaurants right by the water, giving diners a beautiful view to go along with their meals.

Many Cornish establishments use only locally sourced, sustainable ingredients, which means that your meal will not only be tasty, but eco-friendly as well. You can’t go to Cornwall without trying a pasty or a Cornish cream tea. If you really want to treat yourself, you can visit one of the several Michelin-recognised restaurants that rival any eatery found in London. On the other hand, you can keep it low key with a visit to one of the many local cafes where you can sip a cup of tea and nibble on delicious homemade pastries.

There is no shortage of excellent eateries near the Penryn and Truro Campuses, cumulatively offering a range of culinary genres. Penryn’s Muddy Beach Café specialises in sustainable food served up with a side of river views and, on many weekend evenings, live performances. Falmouth boasts a number of restaurants—including Oliver’s, The Shack, and Cribb’s—owned and operated by local chefs, as well as franchises of popular chains such as Zizzi’s and Pizza Express. Prior to taking in a show at Truro’s Hall for Cornwall, diners might drop by to Hooked! (which has a sister restaurant in Falmouth) or Manning’s. Hubbox and Tabb’s, recommended by international food publications, are also excellent choices.

Penryn, Falmouth, and Truro all host a number of nationally known food retailers. However, Falmouth and Truro are also home to several specialty stores where shoppers can purchase more unusual ingredients, such as items needed for international recipes, or food that has been grown or produced locally. There is a farmers’ market at The Moor in Falmouth each Tuesday, and another at Lemon Key in Truro on Wednesdays and Saturdays.

There is such an abundance of cafes here, you’ll have a hard time choosing where to indulge in your first cream tea; in fact, you might end up having several just so you can sample all the different venues. Particularly beloved establishments in Falmouth include Dolly’s, Gylly Beach Cafe, Espressini, and Good Vibes. Destinations in Truro include Charlotte’s Tea House, Fig Café, Emily’s and the Olive Grove Bistro, and, for spectacular views, the cafes at Hall for Cornwall and the Truro Cathedral. Several pasty shops—such as Rowe’s, Warren’s, Oggy Oggy, and Choak’s—can be found in the vicinity of the Cornwall campuses. There are also a number of venues selling fish and chips—including the award-winning Harbour Lights, and Rick Stein’s in Falmouth.

One of the best things about living in Falmouth is the incredible amount of cute little independent cafés and restaurants. If you are a foodie or coffee lover, Falmouth will definitely not disappoint.