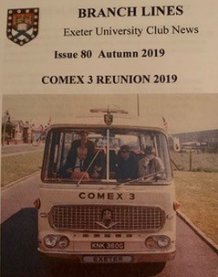 Participants from COMEX 3 (the Commonwealth Overland Expedition to Pakistan and India) recently reunited in London for a 50th anniversary reunion of the adventure.

COMEX was an expedition that saw university students across the country take to buses and drive across Europe and the Middle East and beyond, for a two and a half month overland expedition to India, and back. There were several COMEX expeditions over the years, with the first ever one setting off in 1965. COMEX 2 held their reunion at Reed Hall in 2017.

The event in October was a great chance for members of the Exeter coach to get together and share memories of their adventure.

Tony Cram (History, 1970) said: “For me the expedition came at the end of my second year of a History degree and on my return I immediately dived into my third year course.  My family and friends were interested in the headlines of the trip, but no more. Thus the fiftieth reunion was the first time I had spent a whole day talking about Comex 3!

“The reunion was the first time I had seen Chris Baker (Engineering Science, 1969) and Chatar Sagoo (Engineering Science, 1969) since our coach drove off the ferry at Dover October 8th 1969. Yet the Exeter coach experience was so powerful that we were soon all remembering aspects of the three month expedition. While I was chatting to Chris Baker, my phone buzzed with a message from my sister. She had sent a selfie of herself, wearing the Afghan waistcoat that Chris Baker had helped me chose in Kabul fifty years ago!  We were astonished she still had it!

“It was a wonderful experience. Thank you Comex and thank you Exeter.”

“The reunion was organised by Alan Denney, Newcastle Contingent Leader. Alan did his upmost to contact as many ex-Comexers as was possible: not easy, 50 years after the event! He put together a packed schedule and also gave us all a memory stick of memorabilia including a photo album with photos by Colin Clarke, ARPS (London Contingent).

“Some of the highlights for me were meeting John Holman, with whom I had travelled by train from New Delhi to Calcutta and back, reconnecting with Chatar Sagoo and his wife, and a spontaneous re-enactment by the Newcastle Contingent ‘Rappers’ - a dance they had performed in New Delhi, at the Comex Commonwealth Youth Festival.

“There is talk of another Grand Reunion in London in three year’s time. See you ALL in 2022!”

Below are some images shared by Barbara. 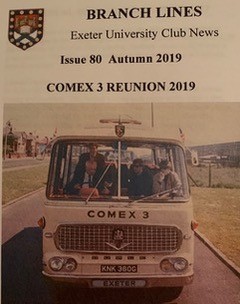 The Exeter Coach, with 25 young people on board 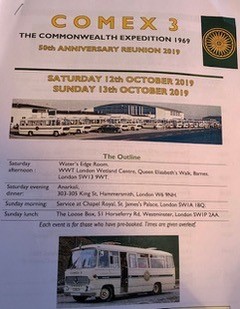 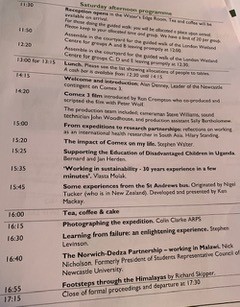 A packed programme at the event 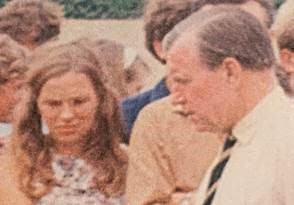 Barbara, standing near the Comex Leader, Retired Colonel Lionel Gregory, O.B.E (Greg), just after he had laid a wreath on Gandhi’s tomb in New Delhi. 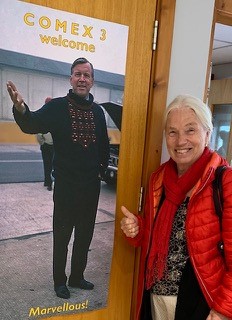 Barbara with a picture of Greg at the reunion 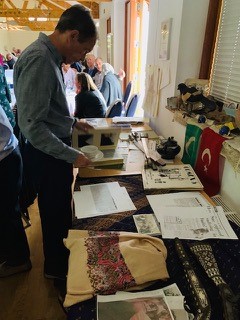 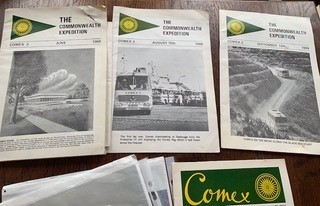 Some of the memorabilia on display 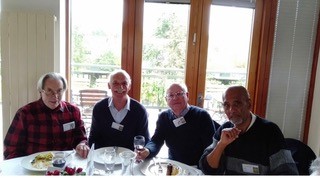 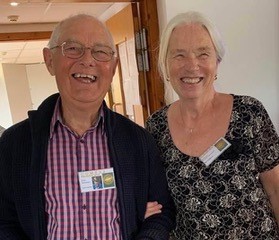 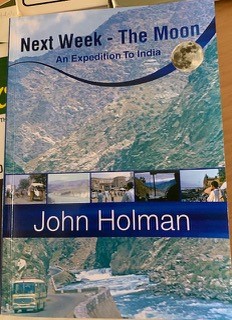 With John Holman (John had published his diary - he was a Lancaster Contingent diarist - in 2012. Note the reference to events beyond Comex, notably Man’s first step on the Moon, in July 1969) 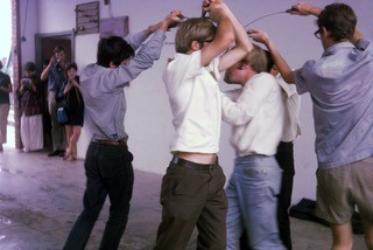 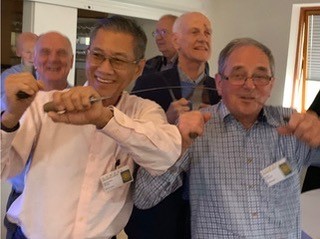