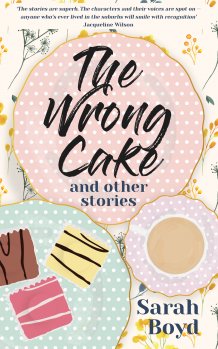 Recent publications from our Alumni authors

Massive congratulations to our alumni authors who have had their books published.

The latest in the much praised 100 Best Books series comes a superb selection of children's books made by the one of the most revered children's books specialists, Brian Alderson. The list is made up of novels or books that are primarily stories supported by illustrations, rather than picture books. The selection is made from the English language alone, but from both sides of the Atlantic. It begins with Bunyan's Pilgrim's Progress and ends with (of course) Harry Potter.

Louise Ansari (English, 1988) has recently published When We're 64: Your Guide to a Great Later Life

When We're 64 is a friendly, practical guide to preparing for what could be the best years of your life - from the essentials on work and how to fund retirement, to volunteering, where to live and what kind of housing you'll need. It covers how to stay healthy – and still live a full life if you get a health condition – and reveals how your attitude to ageing could actually increase your lifespan. There are sections on relationships with family and friends, as well as caring for older relatives and how to tackle loneliness. Packed with expert advice and new evidence and tips on how to age well, this route map will help you plan and prepare for the future.

Sarah Boyd (History, 1990) has published her first book called The Wrong Cake and other stories

This is a collection of short stories with a twist for adults, ranging from the humorous to the sinister. Things are not always as they first appear in these intriguing tales. A rich cast of characters includes a man incarcerated by his own rubbish; a cook with a secret; an unwelcome visitor; an inventor aiming high with unintended consequences; a woman who will do anything to hang on to her privileged lifestyle; a mother and daughter trip which goes wrong; and some strong willed ladies who don't always play by everyone else's rules.

Mark Flawn Thomas (Economics & Agricultural Economics, 1976) has recently published Beyond Kushnapur which he finished on behalf of his father Peter who passed away in 2015

Against the turbulent backdrop of war torn Europe and India in the final days of the Raj, Adam Cullworthy, a British army officer, is introduced to the, romantic and often treacherous life of his school friend Rindi Debrahm. The story, which spans 30 years from 1928 to 1959, opens at Kushnapur Palace in the foothills of the Himalayas. Home to Rindi's father the Maharajah of Kushnapur, it holds secrets of family conspiracy, religious conflict and a multi-layered web of intrigue surrounding a precious, bejewelled Indian sculpture. Adam is drawn into this exotic and secretive world, but could never have imagined the role they had planned for him and the profound effect this would have on his life.

About the authors: Peter was born a year after the end of the Great War and the Second World War started the day after his twentieth birthday. After the war he lived in Southern Africa where he witnessed the unravelling of the British Empire at first hand. He subsequently spent time in India and Pakistan travelling extensively where both personal relationships and painstaking research provided the material for this atmospheric saga. Peter died in 2015, and Mark continued to finish the book - publishing it on what would have been his 100th birthday on the 2nd September 2019.

Mark has also travelled widely and after a career in finance has devoted much of the last twenty years to writing and painting. He lives in London with his wife and two children. Peter contributed his military and colonial experience and Mark has brought to life a cast of authentic characters and a captivating romance. Together they have crafted a thoroughly gripping story.

Annabel Frere (Combined Honours Maths and Philosophy, 1975) has published "Help! There's a Guest at my Table"

This is the second cookbook written by Annabel and is aimed at young professionals, who have moved on from her previous book for students (“Help! There’s a Stove in my Kitchen”). The book is suitable for anyone who would like to entertain friends and family without too much fuss and time spent on cooking, and yet it shows how easy it is to produce delicious meals which visitors would really love.

The Adventurers and the Cursed Castle is Jemma's first children's novel and was released in early 2019 with the sequel The Adventurers and The Temple of Treasure published this summer. The series is full of exciting adventure stories for children aged 8 -12 and was inspired by Jemma's many family holidays to Devon and Cornwall, as well as the adventure stories she loved reading as a child. Jemma is currently working on the next Adventurers stories as well as other writing projects.

You can buy both books online now.

The book features new selected writings from the Californian abstract expressionist, Sam Francis (1923–94), famed for his colorful lyricism and dynamic painting. This volume beautifully combines the artist's writing with his works on paper in an elegantly designed book. Focusing on principles expressed in his acclaimed Saturated Blue, this volume includes writings from Francis' journals that have never been published before.

Sam Thiara's (MA Leadership Studies, 2008) book Lost and Found: Seeking the Past and Finding Myself is due to be released on 27 November

This moving memoir documents Sam's seemingly impossible quest to find his grandfather’s village—armed with little more than a faded photograph. Sam vividly recounts his adventure through India’s crowded roads—a journey filled with mishaps and surprising encounters, and a growing sense of purpose. Drinking in the beauty of the Taj Mahal and the Golden Temple, he finds himself connecting more deeply with his Sikh faith, while confronting the ugliness of the country’s poverty and injustice. Along the way, Sam also wrestles with his sense of self. A British-born Indian, living in Canada, whose parents came from Fiji, he questions: Am I Indian? Am I Canadian? Am I Sikh? Who am I?

You can find out more and pre-order the book online.