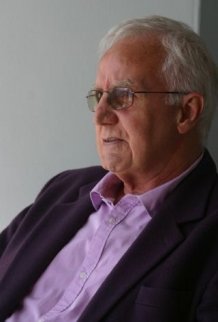 A career in writing

Bill Kirton (French, 1962) is an award-winning author and a former fellow of the Royal Literary Fund. We asked him to share highlights from his career and tips for new graduates.

“I was a student in the French Department under Professor Niklaus from 1958-1962 and spent a year as an assistant in the department in 1964. After a short spell in industry, I taught French at Hardye’s School, Dorchester then was appointed temporary lecturer at the University of Aberdeen. I completed my Exeter PhD in the 1970s (under supervisor Dr Enid L Duthie) and my Aberdeen post was made permanent in 1969.

“I’d been writing long before moving to Scotland and, as a result of contacts who’d seen my work in BBC Radio Bristol’s drama department, I was also invited to visit Tony Church, the first director of the Northcott Theatre, but I left for Scotland before any projects began. I’d always written, for my own pleasure, but it was when I was in Aberdeen that my first works were broadcast. They were radio plays which were performed on Radio 3 and 4.

“In Aberdeen, along with my university duties, I also presented programmes on Grampian TV and wrote many documentaries and promotional programmes, mainly for offshore companies. I wrote and performed songs and sketches for shows at the Edinburgh Festival, as a result of which I was invited to be a visiting professor at the University of Rhode Island. Whilst there, I was commissioned to translate three plays by Molière for the Theater Department, one of which won a British Comparative Literature Award.

“I took early retirement from Aberdeen to concentrate on my writing in 1989. I was also the Royal Literary Fund Writing Fellow at the Robert Gordon University, Aberdeen and the universities of Dundee and St Andrews. As a result of the academic work I did with students there, I was commissioned to write 5 non-fiction books in Pearson’s ‘Brilliant’ series: Brilliant Essay, Brilliant Dissertation, Brilliant Academic Writing, Brilliant Study Skills, and Brilliant Workplace Skills for Students and Graduates.

“As well as many stories and plays for radio and stage, I’ve also written ten novels: Material Evidence, Rough Justice, The Darkness, Shadow Selves, and Unsafe Acts are all contemporary crime novels; The Figurehead and its sequel, The Likeness are historical novels; The Sparrow Conundrum and Alternative Dimension are modern satires on the spy and fantasy genres, and Rory the Dragon and Princess Daisy is a book for children. The Sparrow Conundrum, The Darkness, The Figurehead and The Likeness have all won awards.

“More recently, I’ve been experimenting with co-authoring short stories with a writer in Canada, which has been fascinating and from which I continue to learn new things about writing. Our next project is to undertake a novel between us.

“The profession is changing all the time, most noticeably in terms of publishing opportunities. Ebooks have revolutionised individual writers’ access to outlets without having to run the gauntlets of rejections, agents, publishers, and even producing paperbacks and hardbacks has becomes easier.

“What distinguishes the writer likely to succeed, however, is the quality of her or his work. A love of and facility with words is the primary requirement; the writing process itself calls for three separate skills: writing, editing and proofreading. They’re all equally important because the aim is to provide copy which is not only interesting but also of the highest quality in all its aspects.

“And then, once you have the finished product, you’ll either need to process or source from elsewhere a totally different set of skills – those associated with promotion and marketing. Writing isn’t a hobby, it’s a profession, with all that entails about quality control, inventiveness, and a clear, specific voice.”