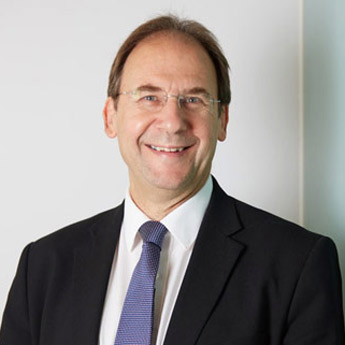 Mark joined the staff at Exeter in 2004, following his role as Director of the Institute of Geography and Earth Sciences at the University of Wales, Aberystwyth. He became Deputy Vice-Chancellor at Exeter in 2013, having previously been Dean of the College of Life and Environmental Sciences. He graduated in Geography from the University of Sussex, before completing his PhD at the London School of Economics.

The body of Mark’s academic research has centred on an analysis of the structures and processes of sub-national government. This has been pursued through a wide range of externally funded projects involving significant interdisciplinary research, especially with political scientists and sociologists. He is the only geographer to have held ESRC grants in both the Local Governance Research Programme and the Devolution and Constitutional Change Research Programme. Mark has directed a number of research projects, worth in total over £2 million, funded by the ESRC, Welsh Assembly Government, Joseph Rowntree Foundation and a variety of local, regional and national agencies. His publications include over 50 refereed papers and chapters, and he has written or edited 8 books. Mark served on the Strategic Research Board of the ESRC from 2003-2007, and was its vice-chair from 2006-2007. He also sat on the Strategic Advisory Committee of the £24 million interdisciplinary research programme on Rural Economy and Land Use from 2003-2007 and chaired its Management Advisory Committee, which brought together representatives from three Research Councils. Mark was elected as an Academician of the Academy of Social Sciences in 2011.