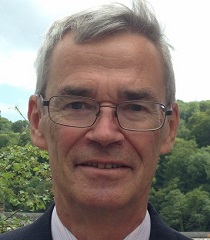 Mark Pyman is a leading practitioner and international authority on corruption, especially in relation to security forces, insecurity and conflict environments and the corporate sector.

His deep knowledge and experience comes from eleven recent years as Programme Director of Transparency International’s ground-breaking global Defence and Security Programme and as one of Shell International’s senior executives in West Africa, China and in various global roles.

At Shell from 1985 to 2003, he was Chief Financial Officer of major Shell companies in West Africa (Gabon), China & Hong Kong, Taiwan and South Korea. He was responsible for the company’s relationships with the government tax and revenue authorities, for the companies’ legal functions, for their anti-corruption stance with governments and contractors in each country. He Chaired the Procurement Tender Boards and his responsibilities as CFO in Gabon also included negotiating and implementing the companies’ exploration and production contracts with the government. Other senior roles at Shell included being Director of Major Change Programmes for Shell across Europe, leading a transformation team of 700, and advising on Shell’s global anti-corruption compliance, monitoring and reporting systems. Prior to Shell, he was originally a research scientist and then a founding director and shareholder of Technica, a market-leading risk consultancy.

Dr Pyman holds a PhD from the University of Western Australia (1979), an MSc from Bath University (2004) and a first class honours degree from Birmingham University (1974).  He is also a Fellow of the Chartered Associated of Certified Accountants (1986).