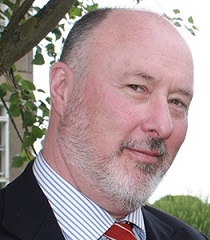 Andrew Brear, a former soldier and diplomat, left Crown Service in 2010 after 30 years to pursue a business career. He spent 11 years serving in Germany, Gibraltar, Central America, UK and Northern Ireland before leaving the Army in 1990 to join the Foreign and Commonwealth Office. He has worked widely in the Middle East, completed postings in Latin America, Northern and Southern Europe and South Asia, specialising in intelligence, security and political matters. His last posting was to Afghanistan where he held a senior position in the political section of the British Embassy in Kabul.

During his Government Service career, Andrew was chiefly involved in operations and implementation overseas. From designing and implementing a novel Counter Narcotics programme in Pakistan, to building and leading operational teams to advise and assist governments and departments on intelligence and security issues, he has wide-ranging experience in the practice of counter insurgency and counter terror. He is now a Deployable Civilian Expert of the Stabilisation Unit and also engaged with a number of consultancies and companies providing advice and practical support to Governments and international companies on security matters.

Andrew holds a degree in English Literature and Language from Durham University and is a graduate of RMA Sandhurst. He has considerable experience in all forms of security, in particular assisting foreign governments build capacity in the security sector, in the use of technology to aid security, and in counterinsurgency strategy and implementation. He is invited to lecture at the Durham University Global Security Institute on his experience of counterinsurgency and counter terrorism.