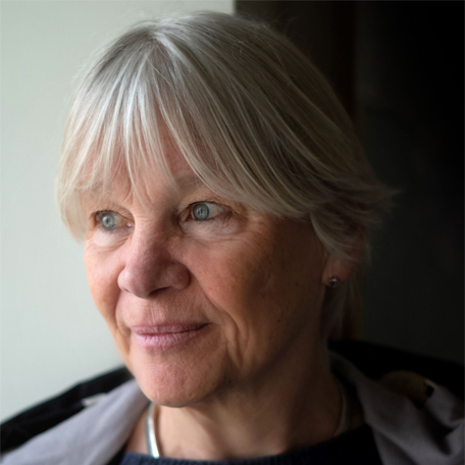 Teresa Gleadowe is a curator with extensive experience in the contemporary visual arts, nationally and internationally. She worked for the British Council Visual Arts Department from 1978 to 1989 and at Tate from 1989 to 1992, when she left to become the first director of the Curating Contemporary Art MA at the Royal College of Art. She developed this course, the first of its kind in the UK, and led it for 14 years as it acquired an international reputation. She left the Royal College of Art in the summer of 2006 to undertake freelance assignments, including work as commissioning editor for a series of books on exhibition histories, published by Afterall.

For the last ten years she has also been working independently to develop projects involving contemporary art and artists in Cornwall, starting with a major international conference; The Falmouth Convention, held in May 2010. Since October 2011, she has developed a series of residential workshops for artists and curators.

In 2012 she was responsible for the launch of CAST (the Cornubian Arts and Science Trust), a contemporary art organisation that provides studios for artists in its former school building in Helston, Cornwall, and that was responsible for the development and delivery of a three-year visual arts programme, Groundwork, bringing exceptional works of art by leading international artists to locations across West Cornwall during the period 2016-18. CAST continues to build on the legacy of Groundwork with an ambitious programme of screenings, talks, workshops and artist collaborations.