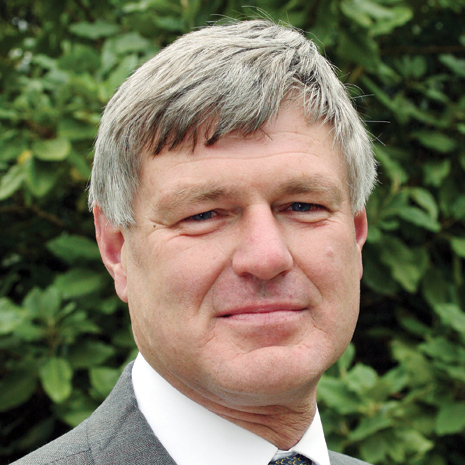 Richard was educated at Winchester College and then University College, Oxford where he was awarded a College Exhibition in Economics, graduating in Philosophy, Politics and Economics. His career started at Thomson McLintock (now KPMG) in Exeter as a trainee. In 1982 he qualified as a Chartered Accountant, achieving second place nationally in both parts of the professional examinations.

A move to Pennon Group saw Richard taking on roles as Head of Internal Audit and, subsequently, Head of Strategy. The role involved shaping the strategic focus of the Group, acquiring and disposing of a range of business to deliver that strategy and continually reviewing the Group financial and capital structure. In 2002 he was promoted to Finance and Regulatory Director of South West Water, the principal operating subsidiary, retiring in 2007.

Richard's involvement with the University began in 2003 with appointment as an external member of the Audit Committee. He became an Independent Member of Council, the governing body of the University, in 2005 and Pro Chancellor (Finance) in 2008. Key to this role was ensuring that processes were in place such that the University was able to generate sufficient resources to be able to invest in the future in students, staff and facilities. During his time on Council amongst many projects, Richard was heavily involved in the creation of the UPP student residences and the formation of the Medical School. Richard retired from the University in 2017.

Outside of work he enjoys the outdoors, walking, skiing, cricket, fishing and music.