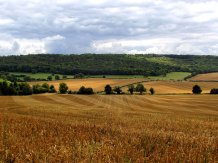 Investing in the environment and thinking more creatively about our reserves of “natural capital” should be at the heart of the government’s levelling up agenda, a new report suggests.

Protection and use of environmental assets is key to evening out economic imbalances between metropolitan and rural areas and should play a crucial role in new development opportunities in “left behind” areas in the countryside, the study says.

Professor Jane Wills and Nick Woolgrove, from the University of Exeter’s Environment and Sustainability Institute in Cornwall, interviewed members of the Britain’s Leading Edge network, a collaboration of 12 English upper-tier local authorities providing a powerful new voice in the regional policy debate. In a new policy paper, Levelling Up the Leading Edge, they highlight the economic potential and social benefits of investing in nature for peripheral areas, in particular, the positive links between the local economy and nature recovery, with opportunities for upskilling and jobs.  The research also highlights some of the social and ecological advantages of investing in nature, including the impact on resilience and improving the well-being of local communities.

Those interviewed were at different points on the journey towards capturing the substantial opportunities provided by environmental growth and nature recovery, but most were mainly focused on other areas of policy such as digital infrastructure, skills development, connectivity and productivity.

Among those who spoke about the emerging local opportunities associated with nature recovery, the focus was on new jobs, the impacts on local businesses, and increased resilience for the region.

The report, launched at the Local Government Association’s Annual Conference in Harrogate on Wednesday 29 June at an event chaired by Localis, recommends those involved in Britain’s Leading Edge should do more to shape policy about nature recovery, including becoming a “hub of excellence” on how investing in nature recovery can benefit regions that are rich in natural capital. More could also be done to make Britain’s Leading Edge a “powerful collective voice” with a clear message and clear goals around regional investment in natural capital for the benefit of their places as well as the nation.

It says Cornwall in particular, which been at the forefront of new thinking around environmental growth, is a model for other areas to follow.

Mr Woolgrove said: “Large scale investment in our natural assets is not going to be focused on metropolitan areas, but rather will take place in rural areas. This process will be more successful if it is directed locally. This means people involved in local authorities such as those we interviewed need to create momentum and understanding to capture what will be a growing number of opportunities in the coming months and years.”

Interviewees said maintaining high quality education was a persistent challenge for peripheral regions, leading to imbalance in the labour market. The aspirations of young people in rural areas was mentioned consistently by the interviewees as being in need of attention and nature recovery is, as yet, a largely under-developed area for the training and skills development of young people.

Among those who took part in the research there was an appetite for greater devolution, but also concern that without adequate power and funding, this could be used by central government to blame local authorities for policy failures.

Professor Wills said: “The paper comes at an important moment in regional development in the UK. The levelling up agenda promises significant opportunities for historically ‘left-behind’ regions but it also raises fundamental questions as to how the enormous potential of the abundance of natural assets can be developed in a sustainable way.”

Localis chief executive, Jonathan Werran, said: “Although the Levelling Up White Paper listed six forms of capital as the basis for reducing geographic economic inequality, a significant trick was missed by the omission of natural capital.

“Levelling Up the Leading Edge makes an unarguable case for place for putting natural capital at the heart of regional economic policy.  It sets out a direction for economic renewal in our coastal and rural localities that would draw out far more fully their inherent place potential from the periphery to spearhead clean and green growth, and in a way that fully supports pressing national aspirations for greater resilience in vital areas such as energy and food.”